Beer experts offer advice on the future of craft

CRAFT beer continues to be the cool cousin of more traditional lagers despite now having a large presence in mainstream outlets, meaning more pubs than ever have the chance to cash in on craft’s premium credentials.
And yet the category still has plenty room to grow, according to some of Scotland’s craft brewers. 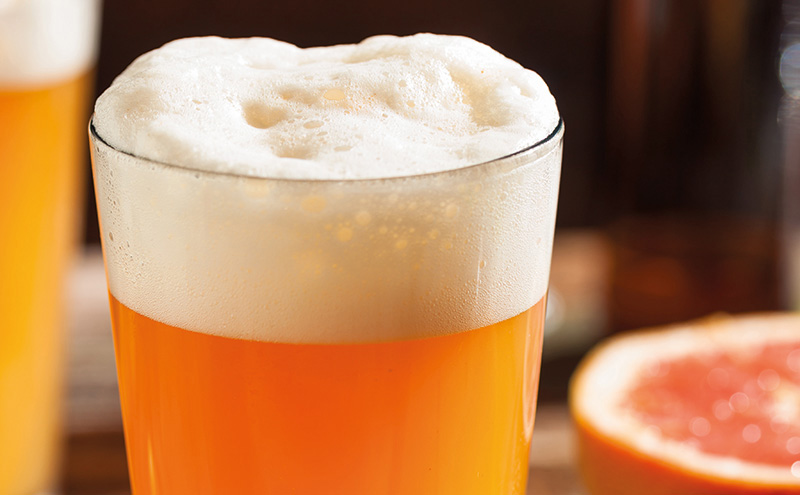 Jo Stewart of Edinburgh-based Stewart Brewing said that craft beer is “flying” in the Scottish on-trade.
“There is a lot of interest from new stockists as well as sales growth in established craft bars and retailers,” said Stewart.
“Having said that we are seeing more and more new breweries entering the market so it is very busy and competitive.”
Andy Maddock, managing director at Caledonian Brewery – also based in the capital – agreed that craft continues to be favoured with good fortune.
“We have certainly seen a rapidly growing interest in craft beers and lagers,” Maddock said, but he warned that pubs could only ride this wave if they remained consistent.

Specialist beers will continue to evolve and grow in the Scottish on-trade.

“From a drinker’s point of view, a pub is only as good as its last pint,” said Maddock.
“It’s absolutely crucial that you ensure the best quality with every pour.”
Maddock suggested that, in addition to correct cellar management and pouring technique, it would fall to staff to ensure craft customers are provided with a quality experience.
“[Staff] should also be knowledgeable on the craft brands you serve: where do they come from? What style are they? What type of food should they be paired with?” he said.
With craft beer maturing as a category there’s never been a better time to boost knowledge, and a number of craft brewers offered their assessment of how various styles of beer are faring in the Scottish trade.
Jamie Maitland of Fallen Brewing said that IPA has “long been the go-to style for many drinkers who know beer well” as well as for customers who are “only dipping their toe in the water for the first time”.
However, Maitland added that last summer saw “huge interest” in sour beers, “from light, crisp Berliner Weisse to full bodied Gueuze”.
“They’re not to everyone’s taste, but definitely worth seeking out a good one to enhance your summer range,” he said.
The good news for publicans is that, most styles of craft beer are in growth, according to Crawford Sinclair, director of UK sales at Innis & Gunn.
“It’s just IPA has grown faster than the rest and it will continue to grow if we follow the US trend of a new wave of session IPAs,” he said.
Crawford added that golden ales present a “real opportunity” as, like IPAs, “they can offer refreshing flavours and a great entry point to craft for the ‘non-craft’ drinker, as does a good craft lager”.
The trail left by US trends in the UK on-trade was also highlighted by Andrew Chapman of Keith Brewery, who suggested more unusual styles may soon come to the fore.

Craft lagers are a great option for those looking for a more familiar flavour.

“We tend to follow more mature US trends when it comes to craft beer in the UK,” said Chapman.
“Sour beer is big in the US. However, this may be too sharp and bitter for the Scottish palate.
“Specialist beers will continue to evolve and grow, from standard fruit beers to more intricate mixtures and blends of tastes.”
Specialist beers do more than offer customers the chance to try something new and different, they also offer publicans the chance to sell beer at a premium price point, and Chapman reckons operators can achieve good margins through the sale of quality beer.
“Like wine, people are willing to pay a premium for a drink if it has more depth of character,” he said.
“They understand and appreciate that for a good quality IPA or stout to taste as it does, the best ingredients possible are sourced and often the fermentation time is extended.”
A Gueuze beer may grab the attention of the craft beer aficionados but it won’t be for everyone.
The bulk of craft sales will most likely come from the more accessible beers in the range and Isla Mercer of Lerwick Brewery suggested the burgeoning craft lager category could be just the ticket to bring more customers into the fold.
“I think craft lagers aren’t as saturated as the IPA market and are a great option for consumers who want to tap into the craft beer market but still like the taste of the familiar,” she said.
“Traditional lagers still make up the majority of pub sales, so offering a craft lager is a good way to bridge the gap between traditional and craft.”
Beyond stocking beers that bridge the gap between craft and mainstream, Mercer also offered her tips on how operators can ensure their beer range stands out, ensuring maximum sales.
“Bottled beers in fridges can be lost when customers are at the bar,” said Mercer.
“Keeping some bottles as display bottles, placed at eye level is a good way to show customers what’s available down in the fridges.
“Also, things like chalkboard menus are a good way to advertise bottle ranges, and can be easily changed if the range does so there’s no money wasted on permanent PoS.
“Cans are also a great solution as they can be stacked so outlets can carry a greater range of cans than bottles.”