The team behind the Dishoom restaurant chain is to open its first eatery outside London – in Scotland’s capital. 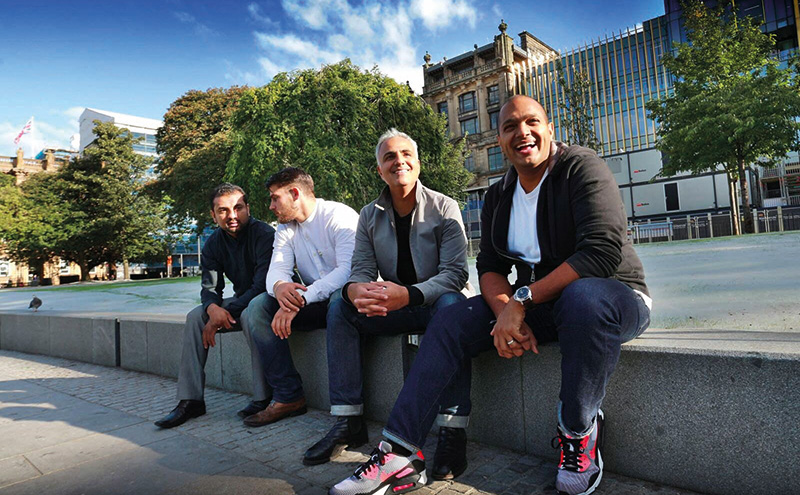 The group, which operates Bombay café-style venues in Covent Garden, Shoreditch, King’s Cross and Carnaby, will launch its latest restaurant in Edinburgh’s St Andrew Square later this year. The three-storey venue will have an open kitchen on the ground floor, a first-floor café and dining room overlooking the square, and basement cocktail bar The Permit Room.
Dishoom co-founder Kavi Thakar (pictured far right) said: “We’re so excited to be opening in Edinburgh – a beautiful city that was my home for several years while I was at university.”