Food is at heart of revamped pub

Quality pub food is very much at the heart of a newly reopened West Lothian venue.
The Fork & Field, formerly The Torphicen, opened its doors last month after a £475,000 refurbishment.
Located near Livingston, the pub is leased from Star Pubs & Bars and had been closed for nearly a year before being taken on by independent pub operator PG Taverns.
Iain Pert, who runs PG Taverns with business partner Neil Gilhooley, told SLTN that he had been interested in the site for years.

“I stay about ten minutes away,” said Iain.
“For 20-odd years I’ve been driving past it and I’ve always said to myself ‘that’s a great building there, it has great potential to be something a bit different for this area’.
“I think I had said to [Star Pubs & Bars] that if it ever came up I’d like to talk about it.”
The redesign of the premises, which saw PG Taverns work with DBP Architects, put an emphasis on food, with the kitchen size increasing by more than half and the number of food covers nearly doubling to 94.

It’s a country pub with a quirk; homely, with lots of food.

But the refurbishment, which was co-funded by PG Taverns (£200,000) and Star Pubs (£275,000), was careful to retain the pub’s character.
Traditional features, including fireplaces, were retained, while the bar and interior were upgraded and a new conservatory, decking and six letting rooms added. 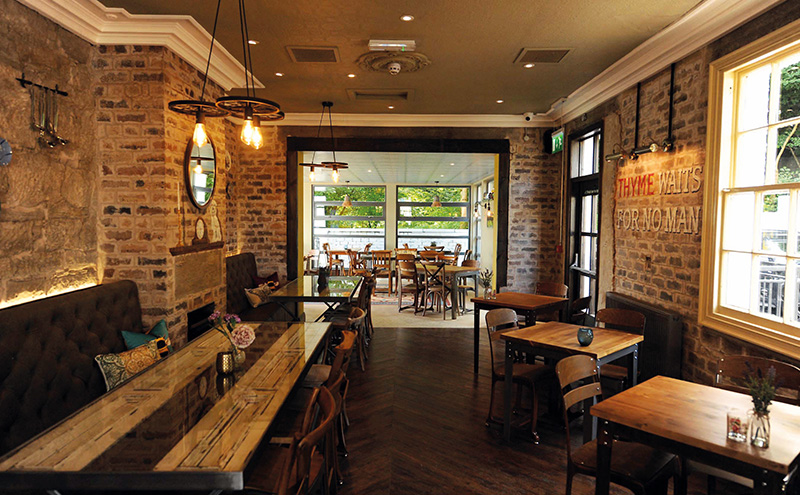 “It’s definitely a country pub, with a bit of quirk,” said Iain.
“It’s a bit different for sure; it’s quirky, homely, with lots of food.
“The last six weeks about 66% of our sales have been food.”
Very much at the core of the venue, the food menu will change every three months and includes ten key dishes and three specials.
“I don’t know too much about the previous operation, but as far as I know they hadn’t done food for years,” said Iain.
Dishes include organic corn-fed chicken breast with lemon and thyme, charred vegetables, herby potatoes, wilted spinach and cherry tomatoes, as well as pub staples like steak pie, roast dinners and chilli.
Vegetarian options include a sweet potato, red pepper, chilli, sweetcorn and chickpea burger.
With Scottish produce a focus, suppliers include Shaws Fine Meats in Lauder and David Lowrie Fish Merchants of Anstruther. 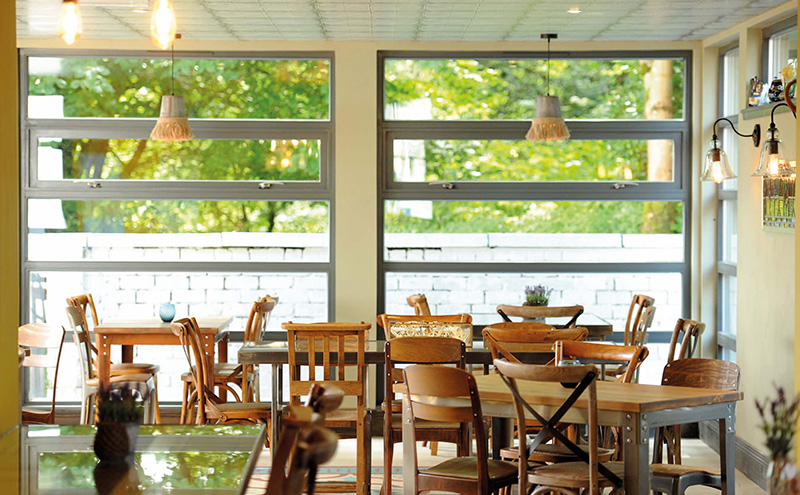 On the drinks side the venue offers cask beers and a selection of draught lagers supplied by Star Pubs parent company Heineken, as well as a range of cocktails.
Star Pubs & Bars managing director, Lawson Mounstevens, said PG Taverns taking over the property has been “great for the local community”.
“Their award-winning experience and the pub’s new focus on fresh good quality food are a compelling combination.”
The Fork & Field is just the latest collaboration between the two companies.
PG Taverns operates three more Star Pubs leases – The Jolly Botanist on Edinburgh’s Morrison Street, The Mousetrap on Leith Walk and The Dog House on Clerk Street.