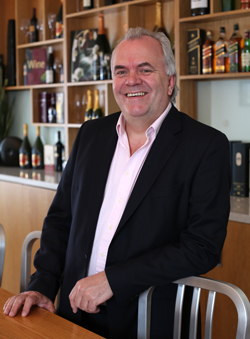 Former Tennent Caledonian Breweries (TCB) chief executive Brian Calder has joined wholesaler Inverarity Morton as a non-executive director.
Calder – the former boss of wholesaler Wallaces Express who took the helm at Tennent’s in 2014 after its acquisition of Wallaces Express and left Tennent’s last summer following the integration of the two businesses – will focus on “business improvements” in his new role.
In his capacity as non-exec director, Calder will look at ways to improve the product offer and operational productivity at Inverarity Morton, which acquired Forth Wines in 2013 and, last year, moved into a new 100,000 sq ft headquarters on Glasgow’s south side.
Inverarity Morton MD Stephen Russell said Calder’s background in drinks wholesaling and “incisive business acumen” made him the “top choice for the job”.
“Brian is an incredibly astute businessman and knows the trade, knows the marketplace inside out,” he said.
“He made a very bold, but canny, decision to completely reshape the company [Wallaces Express] and then steered it over a relatively short time to become the most successful wholesaler in Scotland.
“We have asked him to come in and conduct a full audit of the business, looking into every nook and cranny from the product range to systems and policies.”