WHEN Paul McDonagh took on the Bon Accord in Glasgow 15 years ago, there were five whiskies on the gantry.
In the decade and a half that McDonagh and his family have run the Charing Cross institution, the venue’s whisky range has not so much swollen as exploded, with something in the region of 500 drams jostling for position on the back-bar.
The scope of the Bon Accord whisky range impressed SLTN Awards judges when they visited the venue last summer, which, at least in part explains why the pub picked up the SLTN Whisky Bar of the Year Award for 2015, in association with Glenfiddich. 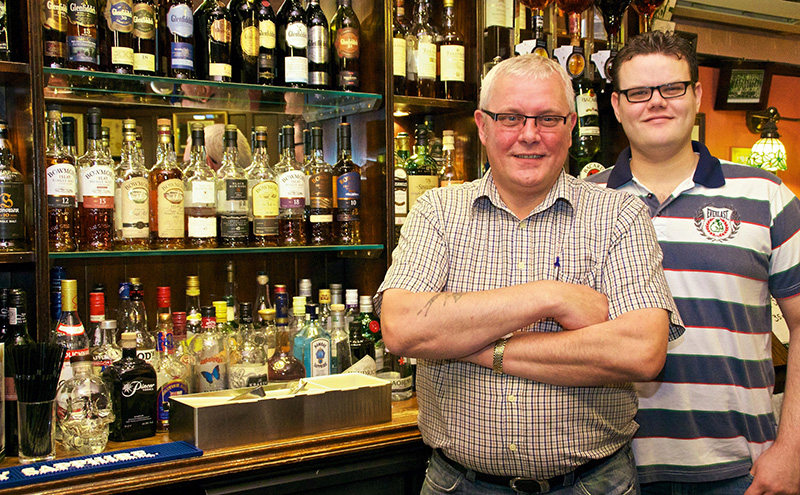 But there’s more to a good whisky pub than a big range.
At the heart of the Bon Accord, McDonagh told SLTN, is passionate staff.
“If you come to a place like this and ask for a job in a place like this you’ve got to really have an idea of what you’re doing,” said McDonagh.
“We’ve got an awful lot of staff who are very good with whisky and what happens is the new ones come in and jump on board very quickly.
“Normally what we usually do is get them to a couple of distilleries, get them on the tasting, what do they like, then they’re comfortable talking about one distillery, then another distillery.”
If whisky conversation is what a customer is looking for, there’s plenty to talk about at the Bon Accord.
Despite the gargantuan range, McDonagh takes a discerning approach to selecting the whiskies that make it onto the back-bar at the Bon Accord, as he looks to cultivate a whisky list that cannot be found anywhere else.
As a result of McDonagh’s time trawling whisky auctions, the Bon Accord is able to offer a vast range of independent bottlings, private cask whiskies and whisky bottles that are no longer available. 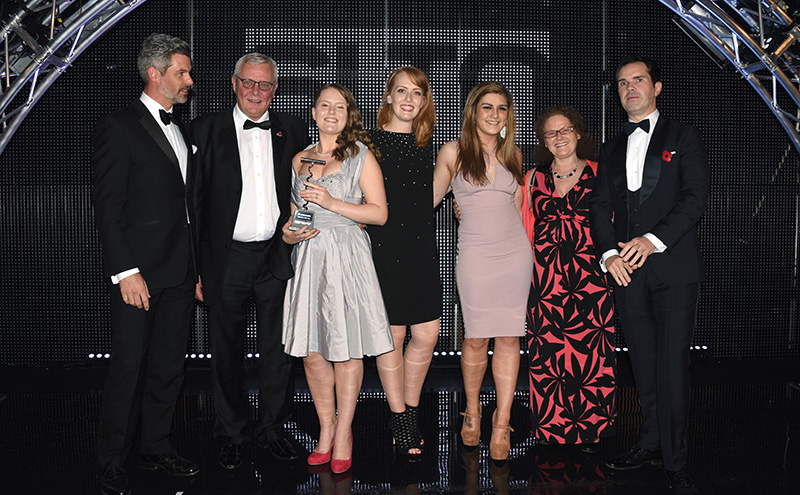 “The range that we’ve got there is probably about £160,000 worth of whisky on the gantry, you couldn’t go and buy it tomorrow,” said McDonagh.
“It’s impossible to do that because it isn’t readily available a lot of the stuff and that’s what makes the difference.
“When a customer says they’ve tried this and that but ‘what have you got?’, you can say well here’s another 30, 40, 50, 60 that you’ve never tried so that makes that journey for the customer when they come into the pub.”
Seeking out rare single malts seems to have done the job when it comes to pulling in whisky-loving punters.
With six whisky clubs currently meeting at the venue, including  McDonagh’s own Bon Accord Whisky Society, which has been running for nine years, the bar is often abuzz with whisky chat – but not at the expense of dram novices.
“The person that drinks the one brand, whether it be malt or a deluxe malt or a blend, they’re the people that when they come along to a whisky tasting and actually get shown how to nose and how to taste and start to talk about whisky and learn how to pick out the different notes you get in a tasting – that’s what whisky tasting is all about; you to learn how to do that yourself,” said McDonagh.
“These people usually become quite passionate about it because they feel as if they’ve got so much to catch up on.”
An exhaustive range, knowledgeable staff and a faultlessly welcoming environment would be enough reason to recognise the Bon Accord as a world-beating whisky venue, but the team’s commitment to the water of life doesn’t stop at the front door.
The Bon Accord’s online whisky shop opened for business last year and McDonagh said it’s going really well.
“We’ve sent whisky to America, Russia, France, all over the place,” he said.
McDonagh’s daughter Maria is the face of the whisky shop, keeping a monthly video blog in which she talks about a whisky and gives her tasting notes – with said whisky usually tied in as malt of the month at the Bon Accord.
A bustling bar and online shop would be enough for most people to keep on top of but McDonagh is also a director of the Glasgow Whisky Festival, with last year’s event at Hampden Park an unqualified success both for organisers and the Bon Accord.
“It was an absolutely fantastic time we had last year,” said McDonagh.
“It was a bit special last year because a lot of the top people in the whisky industry were at it and this year will be a similar thing. It was quite nice the after party in the pub when you’ve got Charlie MacLean kicking about with John Campbell from Laphroaig and Ian Miller from Glenfiddich and Ralfy Mitchell the [whisky] blogger and you’ve got all these people kicking about the pub.”