BUSINESS is said to be booming for a craft brewery which relocated to Linlithgow earlier this year. 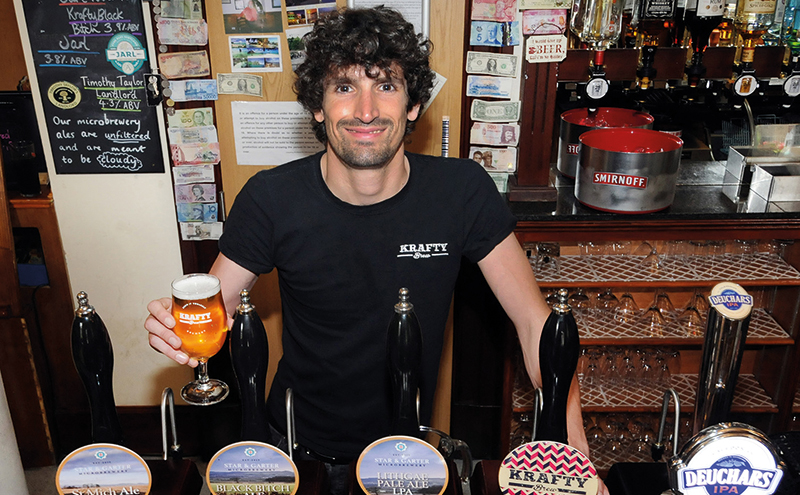 Krafty Brew moved from Edinburgh to the Star & Garter Hotel in the West Lothian town after John Ward, who acquired the brewery with son Mike (pictured right) two years ago, bought a majority shareholding in the hotel. The company also owns the Woodland Creatures bar in Leith.
The brewery produces two core beers: Amber Ale and IPA; it also makes own-label beers for bars and restaurants and hosts ‘brew your own’ days, where guests can create their own beer.
Mike said relocating the brewery to Linlithgow has paid dividends. “There’s lots to do in Linlithgow so people can come to the brewery and make a day or a weekend of it,” he said.
“Craft beer is huge just now – people are interested to know more about what they are drinking – and our beer is 100% natural, which is a big selling point for us.
“It’s going really well here. We’ve been really busy, especially at weekends.”