Plans for a new craft gin distillery on Orkney have been given the go-ahead by Orkney Islands Council.
The approved plan for Orkney Distilling Ltd comprises a distillery, visitor centre and shop, with work set to begin this autumn; the facility is scheduled to open in spring 2017. 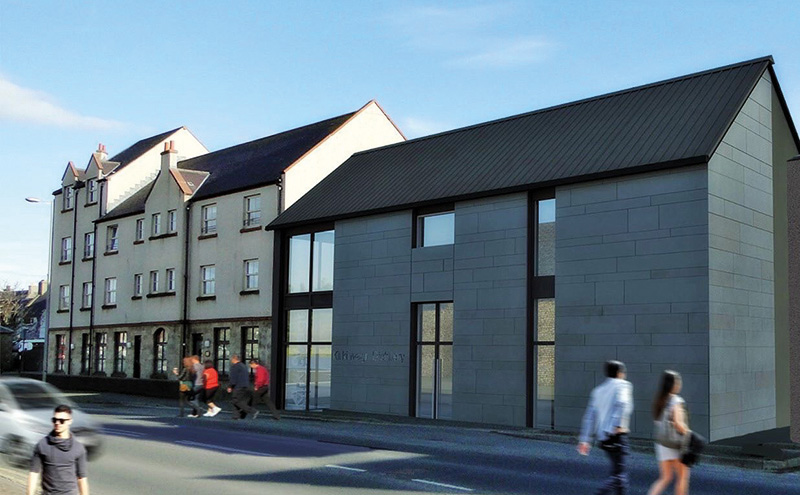 Stephen and Aly Kemp, the couple behind the project, said the new distillery’s location, on Kirkwall’s Ayre Road, is of “particular importance” as the harbour-front setting adds to the seafaring and Norse themes in the company’s branding.
“Securing planning permission for our distillery represents a major step forward for the project,” said Stephen.
“As people will hopefully see from the images of the new distillery, we’ve tried to create an attractive building that fits in well with the harbour-front location.”
Once open, the distillery will produce Orkney Distilling Ltd’s Kirkjuvagr Gin, which is said to have been undergoing a “rigorous development and testing process” over the last few months.
Developing the gin has involved, in part, working with the Agronomy Institute at the University of the Highlands and Islands in Kirkwall.
This has allowed the company to “identify a uniquely Orcadian blend of ingredients for the new gin”, according to the founders.
Kirkjuvagr Gin is due to launch in early August and will initially be produced at a facility on the mainland, moving to Kirkwall when the distillery is complete next year; the first batches will be sold exclusively in Orkney.
Commenting on the new gin, Stephen said Kirkjuvagr is “very much a drink for the modern, discerning gin enthusiast”.
“Over the past few months we’ve fine-tuned our recipe for Kirkjuvagr and are confident we’ve created a gin that’s going to make a real impact on the marketplace,” he said.
“It’s a gin that’s going to be uniquely Orcadian, reflecting the qualities our islands are renowned for.”