A husband and wife team on Orkney have fired the starting pistol in their race to build a craft gin distillery on the island.
Stephen and Aly Kemp from Kirkwall are seeking planning permission to create a distillery, visitor centre and shop on the town’s Ayr Road. The site is currently owned by the Kemps’ family firm, Orkney Builders (Contractors) Ltd, of which Stephen is general manager. 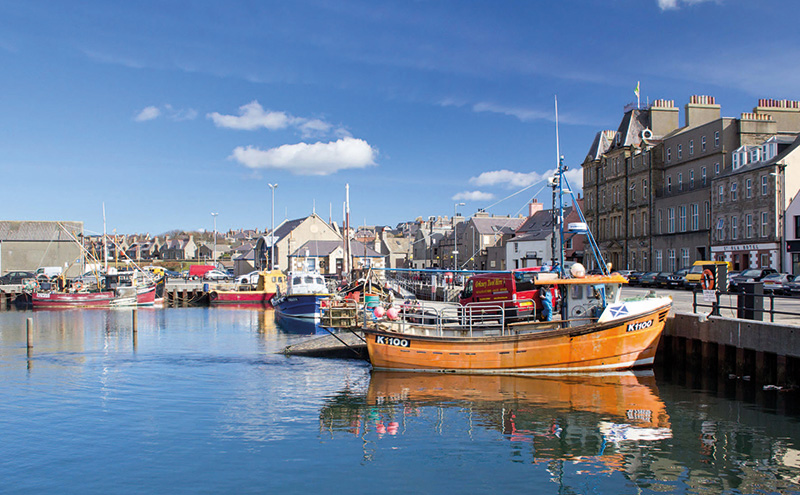 If approved, Orkney Distilling Ltd’s distillery will produce the Kemps’ own gin – Kirkjuvagr – which has been in development for the past few months.
The pair say they have created a gin which is infused with locally-grown botanicals. The Kemps have been working with the Agronomy Institute at the University of the Highlands and Islands in Kirkwall to identify a “uniquely Orcadian” blend of ingredients.
Production of Kirkjuvagr gin will initially be carried out on mainland Scotland using the same process the proposed distillery will employ when production is moved to Orkney upon completion of the facility in Kirkwall.
Stephen said the distillery is an “exciting new venture for Aly and myself”.
“As gin lovers we’ve long wondered what it would be like to create a distinctly Orcadian variety, one that could proudly represent the islands in what is a highly competitive, but rapidly expanding and exciting, marketplace,” he said.
“In developing Kirkjuvagr, we were very keen to make some kind of connection with Orkney’s Norse heritage, in addition to the brand’s Viking name, and we like to think we’ve come up with something a bit special.”