It’s unusual for a bar and pub group to more than double in size in the space of just six months, but that’s exactly what Signature Pub Group has accomplished this year. 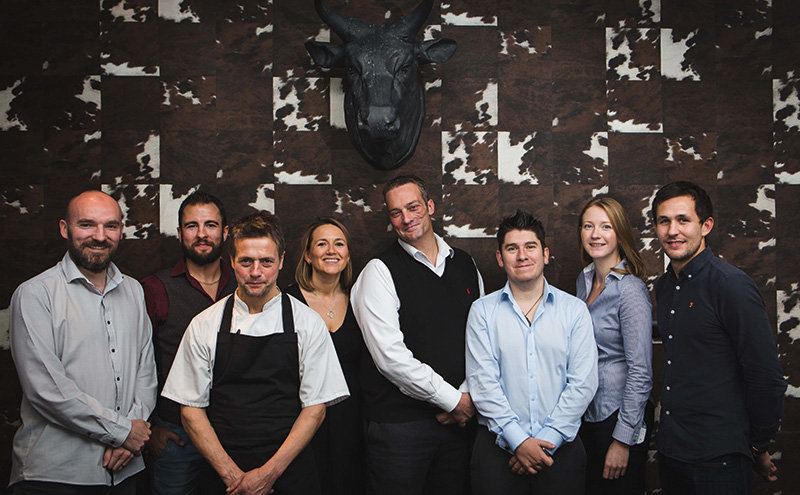 The company, which counts Edinburgh venues The Rutland Hotel, The Basement Bar and Element among its estate, had five properties at the beginning of November 2015.
It now owns twelve.
The rapid expansion began in November when the firm acquired former Maclay Group pub The West Port Bar & Kitchen in St Andrews.
That was followed, in April, by the launch of Edinburgh bar Badger & Co and then, last month, with the acquisition of a further five Maclay pubs – The Raven, The Hope and Munros in Glasgow, The Wick in Prestwick and Clerk’s Bar in Edinburgh.
The addition of the new venues has dramatically increased the company’s footprint. But although it’s happened quickly, director Nic Wood said the firm has been looking to expand for some time.

“I’d always said we would only expand if the right opportunities came along,”

he told SLTN.
“We were quite stagnant for a while, because there weren’t too many opportunities to do something else within Edinburgh. We looked at a few sites in Glasgow as well, but there wasn’t anything that was the right fit or the right price.”
And the lack of growth was actually starting to hurt the company, said Wood.
“I was conscious that management was becoming a little stagnant,” he said.
“They were good, but they were keen, they were young.
“We don’t employ ‘yes sir, we’ll do that’ people. We employ people who want to go and do things for themselves. That was always how we said the business had to be. 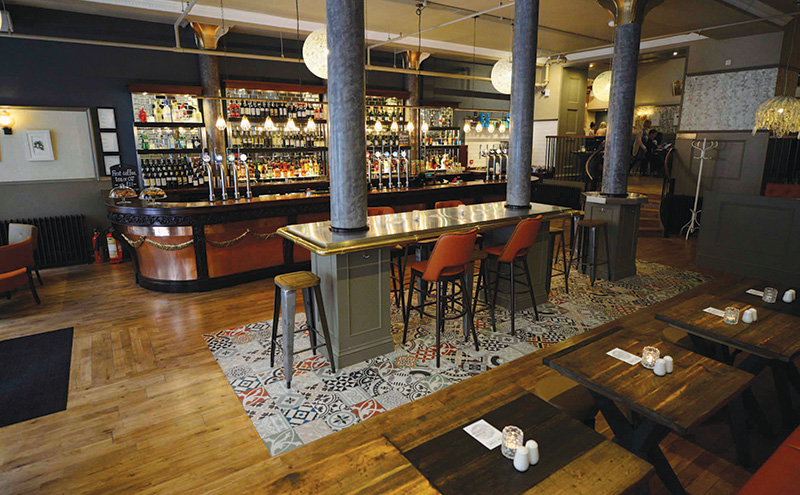 “Because we didn’t move forward pubs-wise, I think some of our managers started to get a little bit [frustrated]. From there you have a backing up of assistants and supervisors who aren’t getting the opportunity to progress.
“So as we went to St Andrews and then opened the new one in Edinburgh; that’s given us that first stirring of the pot, if you like, where you can have people go off and try different things.”
The most recent acquisitions had previously been owned jointly by Maclay Group and Tennent Caledonian, and operated as Thistle Pub Company, a subsidiary of Tennent’s, after Maclay went into administration in January 2015.
Wood explained that the company, which was run on behalf of Tennent’s by director Charles Williamson, had been “kept in a bubble” – effectively ring-fenced and kept separate from the main Tennent’s operations of brewing and wholesale.
Following the takeover, Williamson has now joined Signature and continues to oversee the former Maclay venues – something Wood said has helped to ease the company’s first move into the Glasgow marketplace.
“He’s brought a good eye for detail in terms of how these businesses have been run, and it’s been good chatting to him about the various options we have,” said Wood.
“They (the pubs) have been quite restricted in terms of what they could spend under Tennent’s and Maclay.
“So I think the staff are pretty optimistic because we’re looking to get stuck in and see what we can do to help improve the performance of the businesses and the customer appeal as well, if we can.”
Growing from five to 12 venues has created a particular set of challenges for Wood and his team.
More than a hundred extra staff have joined the business, and Signature has begun recruiting more people in managerial positions to help the enlarged group run smoothly.
The first of these recruits, area manager John Argo, is a former Maclay alumnus  who most recently worked at Hawthorn Leisure.
And the business has also brought on former Dark Star boss Euan Bain as a non-executive director and advisor.
“We’ve got about 120 extra staff,” said Wood.
“There’s a lot we need to build in and start factoring in.
“I’m not going to start employing an office of 50 people, but we definitely do need to take on a couple more than we’ve got just now.”
There could also be various tweaks to the former Maclay venues – including refreshed drinks and food menus – in the coming months.
But the expansion isn’t stopping there. Wood said he is already in talks to secure more properties, and anticipates opening more venues in the next year or so.
“We’ve sat for ages going ‘when the right opportunity comes…’,” he said.
“It was five pubs in November. It’s 12 now.
“And there’s a couple more on the horizon.
“I don’t think I’ve had a change of heart at all, it’s literally just been the fact that there’s been some good opportunities come up that will fit well in our business.”