Dundee operators placing advertising boards outside their premises could come under fire from the council as part of a new “safety blitz” aimed at removing obstructions from the public footpath. 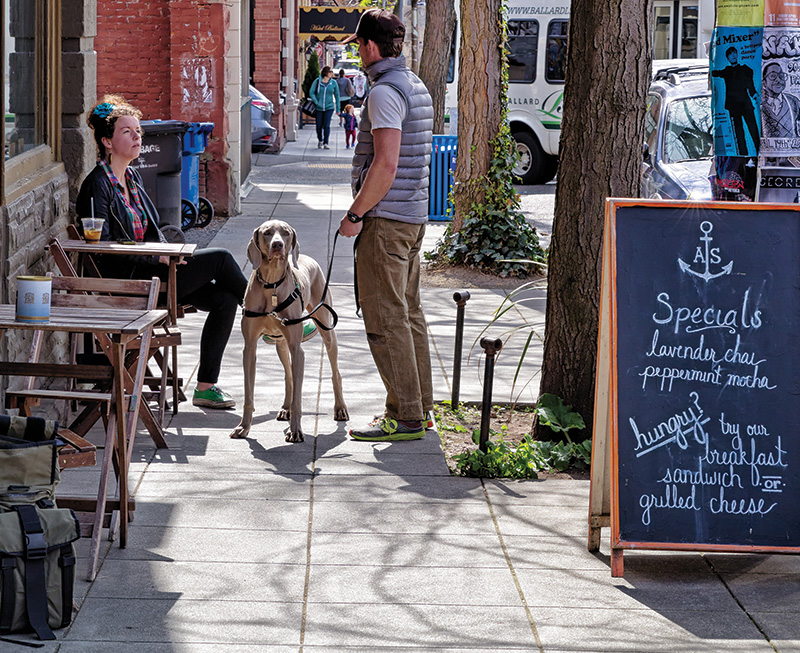 Dundee City Council started sending letters to retailers in the city late last week, asking them to ensure that there are no obstacles outside their premises.
City development committee convenor Will Dawson said that while councillors “fully understand the business community’s need to advertise,” the council must “balance the needs of people with visual impairment, mobility issues and parents with buggies – all of whom can find various forms of pavement advertising, especially A-boards, a challenge to negotiate”.
The council has suggested that a sign “flat against the premises’ frontage” would provide a safer alternative to A-boards.
Dawson added that “as a last resort” the council has the power to remove signage causing an obstruction, but said the placement of A-boards is “something that I’m sure everyone would prefer retailers to act responsibly on”.
Visual impairment charity the Royal National Institute of Blind People (RNIB) Scotland welcomed the step by the council.
The organisation highlighted findings from its Streets Ahead survey – carried out last year – as evidence of the dangers A-boards can present to pedestrians with visual impairments.
“A third of blind and partially sighted people we surveyed last year told us they’d been injured by pavement obstacles when walking outside,” an RNIB Scotland spokesperson said.
“We very much welcome moves by local authorities to review their policies in relation to street clutter and put accessibility at the heart of local planning. We know it’s impossible for streets to be totally free of obstacles, but we can do more to make them accessible.”
Fiona Finlayson, acting manager of the Dundee Blind Society, also welcomed the move. “It is a significant enough challenge for some people with impaired sight to simply walk down a busy city centre pavement without having to negotiate an assault course of A-boards and other signage,” she said.
A spokesman for pubs giant JD Wetherspoon, which has two venues in Dundee, said the firm “would be happy to look at any guidelines offered by the council/charities and come up with a solution that works for both parties”.
“Accessibility in the on-trade is vital,” he said. “Wetherspoon has always had access to its pubs for those in wheelchairs, etc. and many pubs also have lifts or chair lifts between the floors.”