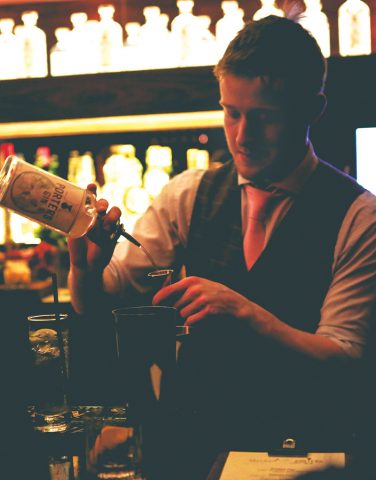 Three Aberdeen bartenders have fought their way into the final of whisky brand Monkey Shoulder’s The Ultimate Bartender Championship in New Orleans.
Jonathan Arthur (pictured) and Nick Gordon of Orchid and Cameron Woodger of sister venue 99 Bar & Kitchen secured three of the top five spots in the UK heat of the competition, which is said to have attracted entries from over 300 bartenders.
Ranked first in the UK, Arthur also placed sixth globally at the competition, which saw bartenders take on a number of challenges, including a 100-question multiple-choice test, a pouring and nosing challenge and a tray service test; Gordon and Woodger ranked third and fifth in the UK respectively.
Arthur said he was “over the moon” to be ranked first in the UK in The Ultimate Bartender Championship. “We have a really great team at Orchid with some superb talent, with Nick and Cameron also achieving an excellent ranking,” he said.