A Pertshire hotel has launched a new riverside terrace in the shadow of a historic bridge over the River Tay. 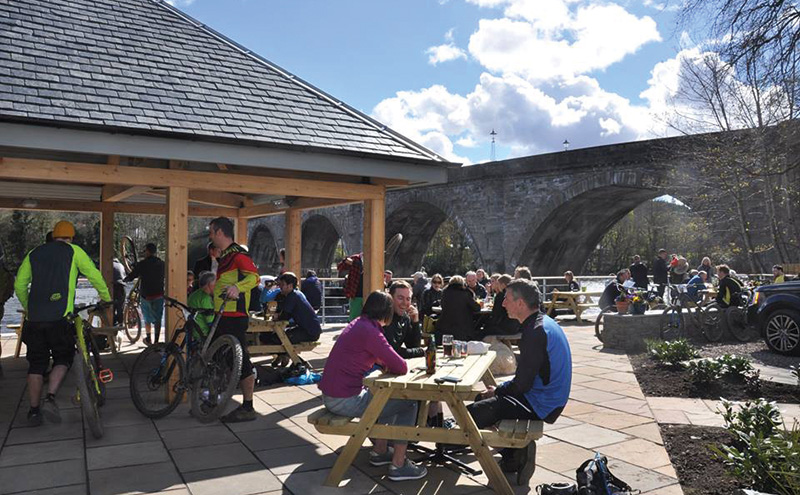 The new Garden Terrace was unveiled on the banks of the river at the 17-bedroom Atholl Arms Hotel in Dunkeld.
Overlooking Thomas Telford’s five-arched bridge,  which is said to have opened to the public a quarter of a century before the Atholl Arms was built in 1833, the terrace features an oak-framed pavilion, which will be used to serve meals, snacks and drinks.
Neil Sinclair, who owns the Atholl Arms Hotel with his wife Christine, said the Garden Terrace adds an “exciting new dimension” to the hotel.  “By carefully consulting planning authorities on all the details a wonderful setting has been created that not only provides a great place for a relaxing cup of coffee or glass of wine but great panoramic views of the River Tay and the historic bridge,” he said.