Rejuvenation has been a watchword in Glasgow’s south side for several years now, with new businesses appearing up and down the city’s arterial Pollokshaws Road. 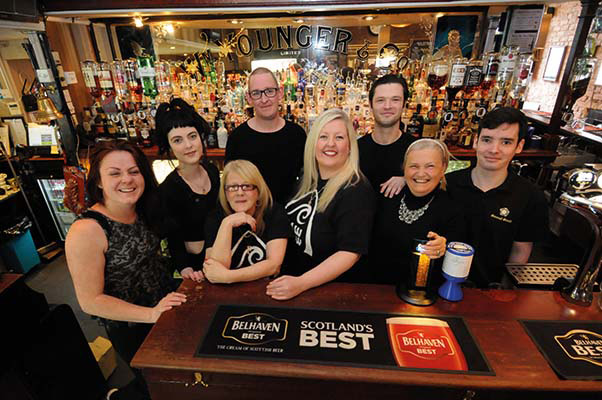 But, for visitors looking for a snapshot of the changing face of life south of the river, the Allison Arms in Strathbungo offers a near perfect representation of its community – an achievement which saw the bar snare the 2015 SLTN Community Pub of the Year Award.
While the venue has been trading for decades, there’s been big changes at the Allison Arms over the last three years as general manager Babs Steele set about striking a balance between the old and the new – ensuring the venue is as welcoming to all comers as the surrounding area.

“We have all walks of life,” said Babs, who took the reigns at the Allison Arms three years ago. “You can’t believe the crowd.

“I think people do feel really comfortable in here. [Women] in particular say that they feel really comfortable coming in here even on their own. We don’t tolerate any nonsense whatsoever but in fairness, we don’t get very much.”
There’s been a demographic shift in the Allison Arms’ traditional catchment area as more 20 to 30 year olds have moved south as rental and housing prices have soared in the city’s west end.
To help welcome an influx of beard and brace-wearing craft beer aficionados to the area, Babs had a line of beer fridges installed at the rear of the venue, which stock an ever-changing range of craft and world beers. At the same time, assistant manager Ryan Murray was tasked with building the bar’s gin range when he joined the team just over a year ago; the range now numbers over 50. 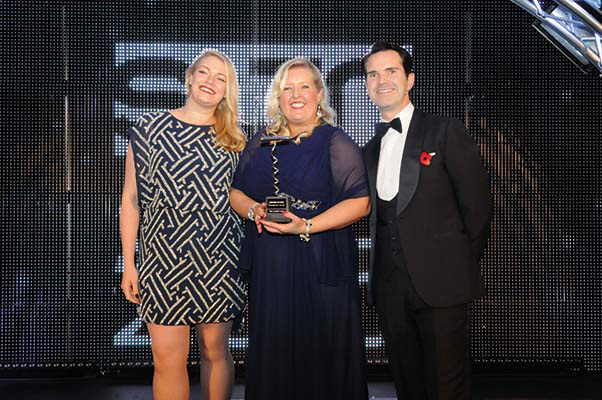 The microbrews may have attracted the young crowd, but the Allison Arms’ community credentials come from Babs and Ryan’s ability to make
the venue welcoming to all – which means the pub’s Saturday night karaoke isn’t going anywhere.
“Karaoke has been going on in here for a long, long time,” said Babs.
“We’ve not taken that away. We’ve kept that for the regulars that have been coming for a long, long time. Because we’ve put in a lot of craft beers and that, we didn’t want to just appeal to the [younger] crowd, we do want to show a bit of loyalty.”
Proof that Babs and Ryan have built up a balance between young and old can be seen in the Allison Arms’ books, and it turns out community can be healthy for business.
The bar’s bottled beer range now accounts for about 25-30% of the venue’s sales but, as Babs pointed out, Glasgow on-trade staples are still stealing the show.
“It’s unbelievable how much Tennent’s we go through,” she said.
“This is why this works, because it’s not all trendies, it’s not all old farts, it’s everything in between. It just works.”
It definitely works from a revenue perspective.
Sales at the Allison Arms have more than doubled over the course of the last three years.
And adapting the drinks range isn’t the only thing Babs has done to keep customers coming back to the Allison Arms; the venue plays an active role in the local community.
Working with charities including The Moira Fund and Glasgow South East Carers Association, the Allison Arms does its bit for good causes.
The team also looks after designated drivers visiting the pub.
“We have a drivers policy so if someone is driving they can just come up and get any gun juice for free,” said Babs.
The Allison Arms’ hospitable welcome also crosses species boundaries, extending to the venue’s furrier clientele, who are as welcome as any.
“We’re very doggy friendly,” said Babs.
“We’re on that ‘dugs and pubs’ website, we’ve got bowls and biscuits and all the rest of it.
“We’ve got loads of doggy regulars.”
As for the future, Babs and the Allison Arms team are adopting an ‘if it ain’t broke don’t fix it’ attitude.
“Whatever it is that we’ve done we’ve made it a real community pub that people want to come to so now we’re focused on keeping that going,” said Babs.
“Basically we are busy being busy. That is genuinely the truth.”