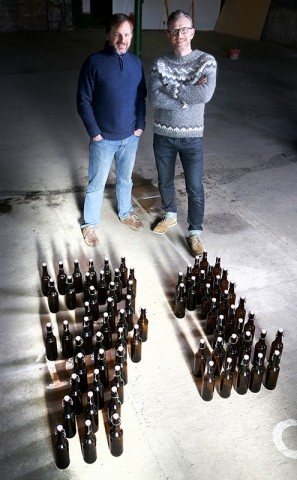 Dundonian duo Duncan Alexander and Mark Griffiths are set to open what’s claimed to be the city’s first brewery in nearly 50 years after securing over £650,000 in funding.
The architects plan to convert a 7200 sq ft industrial warehouse on Bellfield Street into ‘71 Brewing’, a 2400 litre capacity brewery.
Alexander, who has spent the last five years running a community microbrewery, said he wanted Dundee to be a part of the “great new beer revolution that is sweeping the country”.
Renovation works will start in March and the brewery is due to be fully operational in October 2016.