From beer giants down to home brew enthusiasts, there’s been a boom in experimental brewing over the last few years, with a flood of new brands leaving pub customers with some busy bar menus to navigate.
It can be tricky for licensees to find their way around the category too, but brewers have said they are more than willing to help on-trade operators steer their way through the market. And they’ve identified several key trends to look out for in 2016. 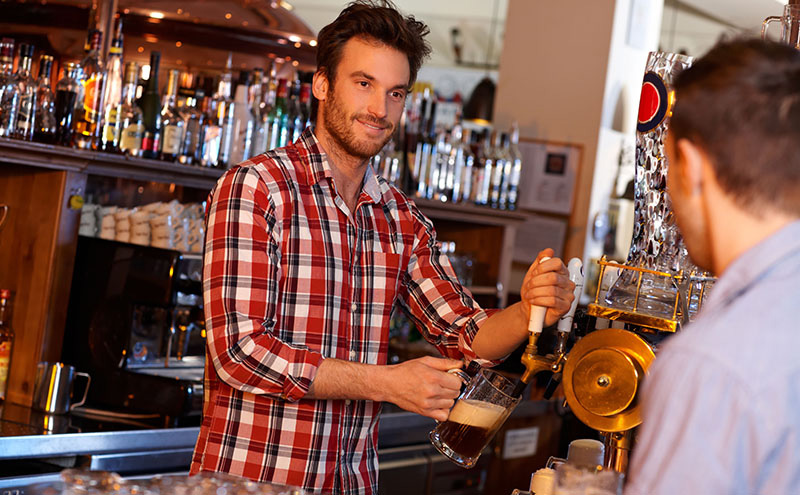 Nicola Henderson of Tennent Caledonian Breweries, whose brands include continental lagers Menabrea and Heverlee, said publicans can count on more customers seeking beers with provenance as the year progresses.
“Every year, quality, provenance and authenticity become more important to beer drinkers and that’s a trend that will continue in 2016,” said Henderson.
Bob Hogg of Inveralmond Brewery agreed, adding that beer knowledge is improving “as the category becomes more and more varietal”.
Hogg suggested publicans ask their suppliers for information about their beers and use back-of-clip flavour profiles to ensure staff always have knowledge to hand.
Flavours that publicans can expect to be serving up this year may be a little tamer than at the start of the craft beer boom, Hogg suggested, as customers “move away from the more extreme or obscure products that have been making an appearance”.
“There will still be experimentation but it will be grounded,” said Hogg.
“Publicans should ensure they have a range of craft beers, one that continues to attract regular customers whilst also appealing to new customers.”
Crawford Sinclair of Innis & Gunn agreed that drinkers will still seek out “something new” from an outlet’s beer range, and encouraged publicans to get in touch with brewers to ensure bar staff are at the top of their game.
“The bar owner should utilise their relationship with their beer suppliers to ensure staff training is high on the agenda and that their team are fully versed in the stories and anecdotes behind a brand to really engage the consumer at the bar,” said Sinclair.
The importance of staff training was also highlighted by Henderson, at Tennent Caledonian, who stressed the impact bartender recommendations can have on boosting beer sales.
“Beer drinkers are more likely than ever to approach the bar with a bit of knowledge about what they’re drinking,” said Henderson.
“However, there remains vast potential for publicans to profit from the public’s thirst for knowledge about beer; research from CGA shows that while 80% of consumers are willing to purchase based on bartender recommendation, fewer than half have done so.”
Product knowledge can help sell the first pint, but if that pint is poor customers are unlikely to return for a second.
Andy Maddock of Heineken-owned Caledonian Brewery reckons staff knowledge shouldn’t be limited to provenance and flavour profiles, but should also incorporate a beer’s presentation.
“Operators need to ensure their staff really know about the beers they are offering and understand the importance of the whole experience to the consumer; including the service, presentation and taste,” said Maddock.