A new single malt which offers a “unique balance” of smoke and sweetness has been launched by William Grant & Sons.

Produced at Ailsa Bay Distillery, which is located at William Grant & Sons’ headquarters in Girvan and takes its name from the Ailsa Craig rock ten miles off the Girvan coast, Ailsa Bay is described as a single malt which takes “whisky craft and innovation to a new level”.
The distillery was built in 2007, and its “advanced technologies and precise controls” are said to allow master blender Brian Kinsman and his team to isolate and control more elements from the initial distillation, to the maturation process; this is said to have enabled “optimal control” over the type and quality of liquid produced.
The result is a “precision-distilled spirit” which is said to have an “intriguing balance of oaky sweetness and peaty dryness”. 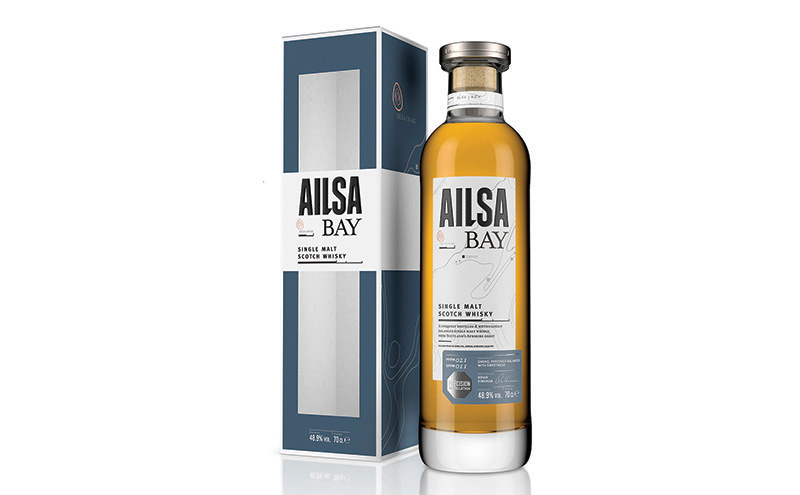 “With Ailsa Bay, we wanted to create a very heavily peated whisky with all of the sweetness and smokiness we could muster, but also dial down on some of the medicinal notes that characterise some peated whiskies,” said Peter Gordon, director of William Grant & Sons and great, great grandson of William Grant.
Master blender Brian Kinsman said the distillery “allowed us to do something extremely special”.
“Using our precision distilling methods and a special process for cask maturation, I am able to carefully control the outcome of the whisky,” he said.
“With Ailsa Bay, I took exceptional peated malt and ex-Baby Bourbon Hudson casks to create a whisky with a balance of smoke and sweetness, to occupy a new space on the flavour map.”