With the rise of craft beer shaking up the category, staff knowledge is more crucial then ever, firms say

Unlike wine or whisky, connoisseur is a word that’s not often been applied to beer drinkers in the past, but with the rise of craft and resurgence of real ale that could all be changing – and brewers have taken notice. 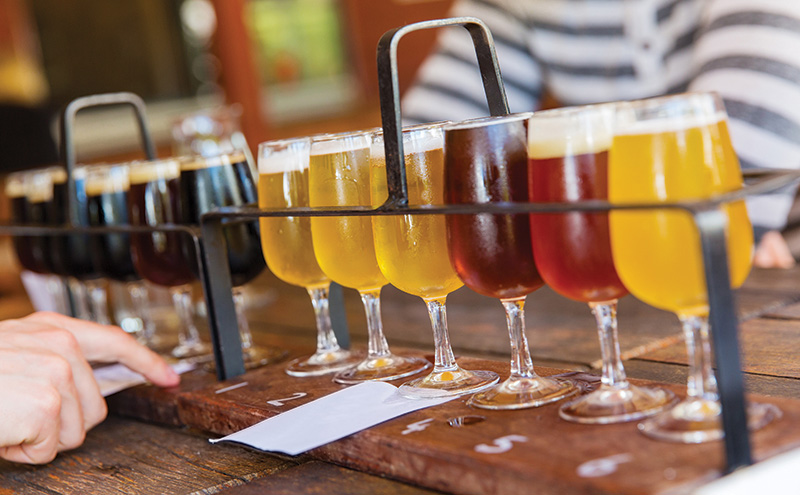 The firms behind some of the biggest beer brands in the Scottish trade have suggested that there’s a growing demand for detail among today’s beer drinkers; and that, with the right information and training, bar staff and operators can meet and exceed customers’ expectations.
Guy Dodwell of Diageo, which recently launched The Brewers Project range of beers under its Guinness brand, said drinkers are increasingly interested in the “authenticity, craftsmanship and character” of beers.
“Consumers are increasingly curious about the products they purchase and want to treat themselves with rewarding products and experiences,” he said.
John Gemmell of Heineken UK agreed that craft will “continue to be a big trend in beer in 2016”, and encouraged publicans to get on board.
“It’s important that publicans consider the role that craft should play in their range to maximise their profits,” said Gemmell.
The explosion in breweries and beers hitting the market over the last few years may have livened up the category, but Gemmell reckons it has also made staff knowledge even more important in the on-trade.
“Publicans need to ensure their staff are knowledgeable about their offering so they can make informed recommendations to customers looking to try something new,” he said.
Hugo Mills of Molson Coors echoed Gemmell, adding that the “craft beer revolution has changed the beer conversation”, and that staff must know more than basics.
“Gone are the days when it was just about whether to have a lager or an ale,” said Mills. “So knowledge and training should be everyone’s focus.”
A “thirst for knowledge” is on the rise amongst pub goers, according to Andy Maddock, managing director at Caledonian Brewery.
Maddock said it is “absolutely crucial” pub staff are well-trained “so that they can talk enthusiastically and knowledgeably” about the beer range.
“Whether it’s provenance, ingredients, brewing techniques or the flavour characteristics, being able to talk about a beer and its qualities is much more likely to encourage the consumer to buy it,” he said.
Tara Karimian, marketing manager for McEwan’s Beers, also highlighted staff knowledge – not just of the beers, but of complementary foods too – as vital.
“It’s really important to be able to demonstrate that you and your staff understand and care about the beers they’re serving,” said Karimian.
“Staff should also be encouraged to try different beers with your menu so they can give an honest and first-hand account of what beers work with what food.
“Beer is fast becoming a great accompaniment for food so adding beer and food matching advice on your menu or blackboards, or creating a beer and meal offer, can help encourage guests to try something new.”
Food and beer pairing was also suggested as a potential sales driver by Nicola Henderson, customer marketing manager at Tennent Caledonian Breweries. Henderson said this kind of matching “is beginning to enter the mainstream and for good reasons”.
“The breadth of variety now available to publicans means it’s worth giving some consideration to how different beers complement different dishes on your menu,” said Henderson.
“Not only will this present opportunities for up-selling, it’s a great way to promote your range.”
Food pairing doesn’t need to be limited to staff recommendation either.
An AB InBev spokeswoman suggested that food-led venues in particular could gain from listing good combinations on their menus.
“In food-led venues, pairing beer and food is becoming increasingly popular, and is an important means for pub owners to broaden their offering and consumer base,” the spokeswoman said.
“In order to boost beer sales, pubs can encourage customers to choose a beer with their meal by providing a selection of beers that pair nicely with each meal on the menu, alongside the tasting notes (similar to a wine menu).”