Over-capacity in the UK’s dining out industry is likely to slow growth in the sector, foodservice consultancy firm Horizons has said.
Issuing its predictions for the year ahead, Horizons said “relentless growth” among group operators
has driven outlet numbers upwards in recent years and suggested that the current rate of growth is unsustainable. 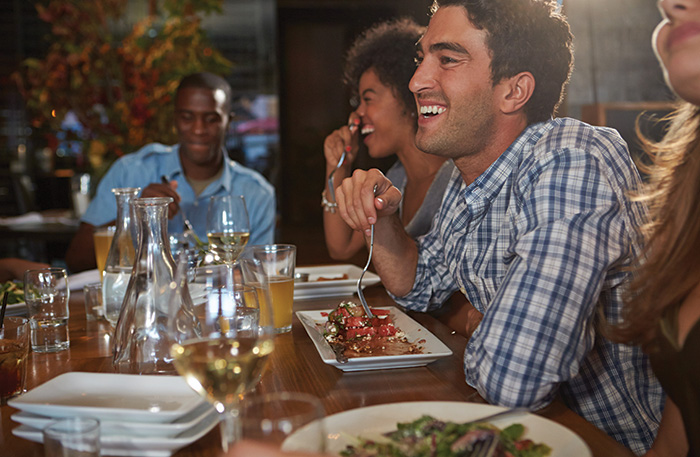 The firm found that over the past decade, growth in the number of food-serving outlets has been strongest in the pub sector, with the number of pub restaurants in the UK whose food sales exceed their wet sales growing from 2600 in 2001 to 6100 in 2014 – a 135% increase.
Horizons also predicted a “further blurring” of venue formats in 2016 as operators “seek to differentiate themselves” from their competition and broaden their offer.
Strong growth was also reported in the chain restaurants sector, with the number of outlets increasing from 7700 in 2001 to 11,900 in 2014 – a 55% rise.
The increase in the number of eating out venues in the last decade has also ramped up competition amongst operators for new sites, Horizons said, and the firm predicted that this will “continue to intensify” in 2016.
Competition for quality staff was also highlighted by Horizons as a factor which could push up wages in 2016; while food trends this year are expected to include “ever-hotter and more exotic” dishes, with interest in South America and Brazil in particular driven by this summer’s Olympic Games in Rio de Janeiro.
Peter Backman, managing director at Horizons, said that it is “difficult to see” how recent levels of growth can continue in the dining out industry.
“Competition amongst operators means there will be a struggle to improve like-for-like sales across the sector, keeping menu prices fairly flat and margins low,” said Backman.
“Consumers are looking for a good quality eating experience wherever they are.
“The year ahead is likely to be a challenge for operators with competition at its most intense.
“Those that maintain their quality, keep their menus fresh, their prices competitive and adapt to changing demand will emerge the winners.”