Alcohol-free beers have become significantly more popular in Scotland, according to AB InBev.
In an online poll, nearly one third of those quizzed (30%) claimed they had tried a non-alcoholic beer. 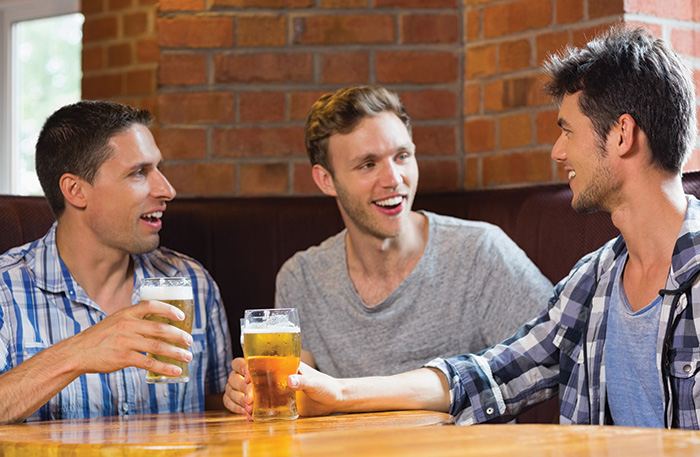 The figure fell slightly among Glasgow respondents (28%), but among those in Edinburgh, it climbed to 33%.
Of those who had tried alcohol-free beer, 11% said they drink it at least once a week.
And nearly one in six Scottish consumers (16%) said they were unable to taste the difference between alcoholic and non-alcoholic beer.
Research firm Opinium, which carried out the research, questioned 2003 UK adults, including 170 Scots, in December.
A fifth of those north of the border (21%) described alcohol-free beer as a “great alternative” for those looking to moderate their drinking.
The research findings coincided with the launch of AB InBev’s ‘Global Smart Drinking Goals’ which aim to “empower consumers” to make smart drinking choices and reduce harmful alcohol use by the end of 2025.
The brewer has also pledged that by 2020 at least 20% of its global beer volume will be alcohol-free or lower-alcohol drinks.
Researchers found that daytime occasions and weekday evenings were most popular for alcohol-free beer consumption, with over 36% of Scots happy to take the drink to festive gatherings.
The research supported a growing trend among ‘millennials’ motivated by balanced and healthy lifestyles, with a claimed 41% of 18 to 19 year olds trying to moderate their drinking habits.
The brewer, which owns Beck’s Blue, claimed its Scottish sales data showed alcohol-free beer is outperforming the wider market in the on-trade by more than 22%.
Anna Tolley, legal and corporate affairs director, AB InBev UK & Ireland, said: “It’s great to see the growing popularity of alcohol-free beer in the UK.
“Offering consumers choice is an important part of our commitment to responsible drinking.”