A Family of restaurateurs has extended its reign in Edinburgh with the launch of a second outlet.
Stefano and Maria Molfino have opened a new Rigatoni’s restaurant near the King’s Theatre in Tollcross. 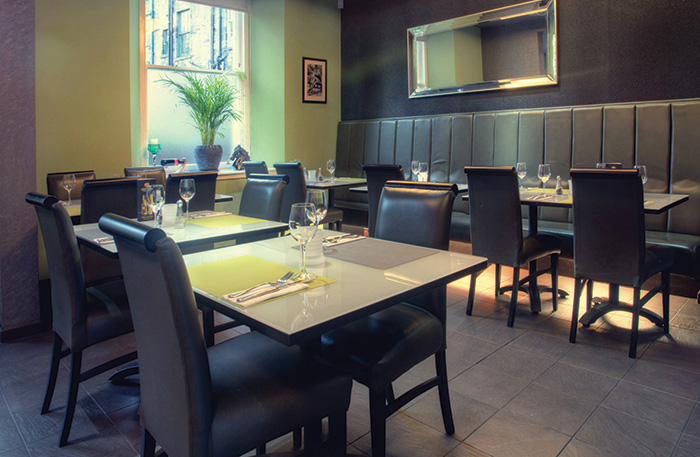 The new eatery – a “sleek glass and marble” venue created following a claimed £100,000 investment – joins their existing trattoria Rigatoni’s opposite The Queen’s Hall music venue on the city’s south side.
Stefano said the new restaurant, which he is overseeing with wife Maria, is very different to its original sister outlet, which is being run by children Adriano, Valentino and Cinzia.
“Already our customers are referring to the two restaurants as Rigatoni’s at the King’s and Rigatoni’s at the Queen’s, which is brilliant,” he said.
“The original Rigatoni’s is hugely popular and customers love the casual dining feel, which is based on the informal trattorias and pizzerias of Napoli.
“With the new Rigatoni’s there is a much sleeker and more sophisticated feel.
“We are looking to create an enhanced – but still totally genuine – Italian dining experience with a broader menu.”
Despite the differences in style between the two restaurants, both pair traditional Italian ingredients imported from Naples with locally-sourced produce.
“We want to give our customers a real taste of Italy, while also reflecting the very best of Scotland’s larder,” said Stefano.
“So, while we import all the Italian essentials, such as olive oil, wine, beer, Italian cider, cheese, ham, and tomatoes, we also used the best locally-sourced fish, meat and vegetables wherever possible.
“We are really excited to be able to offer our customers a slightly different taste of Italy in our new restaurant and hope they enjoy it as much as they enjoy our food at Rigatoni’s by the Queen’s.”