Rigatoni’s expands with launch of second restaurant in Edinburgh

FOR the Molfinos, family has long been the lifeblood of their business.
Following in her parents’ footsteps, Maria Molfino went into the restaurant trade, launching Rigatoni’s by the Queen’s on Edinburgh’s Clerk Street in 2010 with her husband Stefano.
With the eatery, near the Queen’s Hall theatre, running successfully Maria and Stefano decided it was time to expand and take the family business into the next generation. 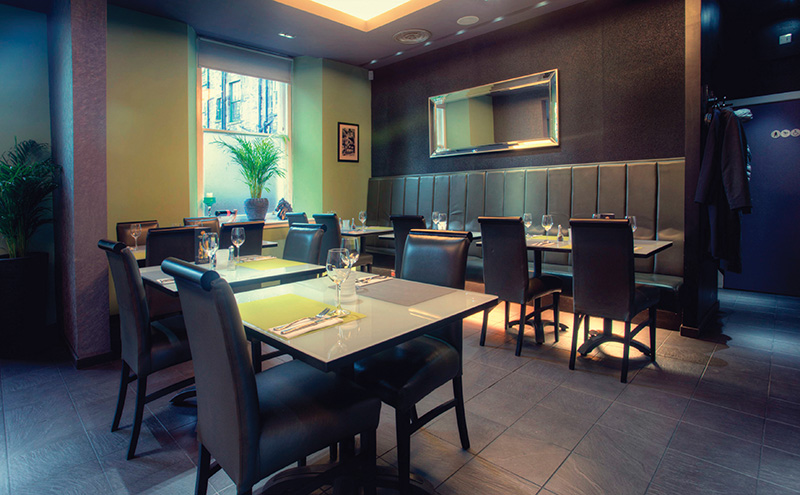 And so their three children – Adriano (24), Valentino (22) and Cinzia (17) – took the helm at Rigatoni’s by the Queen’s, allowing Maria and Stefano to focus on the launch of their new venture, Rigatoni’s by the King’s.
“We started Rigatoni’s by the Queen’s, our first pizzeria restaurant, and then we expanded; we needed something a bit bigger,” Maria told SLTN.
“Last year [at Rigatoni’s at the Queen’s] we were really busy, we found that in August we had to refuse a lot of customers. We needed to expand.”
Having secured the leasehold for premises just a stone’s throw from Edinburgh’s King’s Theatre, the couple got to work creating the new venue.
The main aim was for Rigatoni’s at the King’s to be quite different to its sister restaurant – an objective Maria is confident they fulfilled during the two-month refurbishment.
With features such as sparkling granite, frosted glass, and opulent crystal-drop chandeliers, the new venue is designed to offer an upmarket dining experience.
Illuminated contemporary glass walls at the entrance lead in to the sparkling black granite surrounding the cocktail bar with frosted glass frontage.
The use of frosted glass extends to the tables, which have been paired with green and dark grey modern, rounded suede chairs. Low-hanging crystal chandeliers add extra sparkle to the drinks area.
Further into the restaurant, glittering black wallpaper catches the light, with soft spotlights illuminating the dining area.
Despite the modern interior, Rigatoni’s at the King’s Italian heritage has not been forgotten about, and there are various black and white pictures of Italy in bold frames throughout the venue.
Maria said the design of the new outlet is more contemporary than the original Rigatoni’s eatery.
“The other one we have [Queen’s] is very casual, more traditional to a pizzeria,” she said.
“We wanted it to be something different; there’s not many Italian restaurants that are modern, they’re all more traditional.” 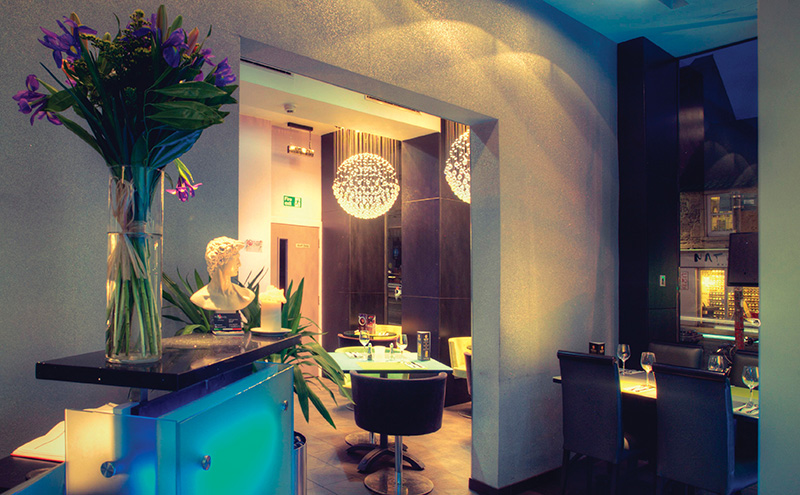 The departure from a traditional design is intended to appeal to a broader clientele, and Maria said the venue is already attracting more young couples.
Another way in which the Molfinos aim to attract new diners is through a new website.
Designed by Hyperial Studio, the site is just as sleek as the restaurant, with bold high-resolution shots of some of Rigatoni’s dishes. The website allows customers to read about Rigatoni’s history, view the menu and also make reservations through a new booking system.
“They (Hyperial Studio) designed our website, we wanted this (Rigatoni’s by the King’s) to have its own separate website that you can book online or see the menu,” said Maria.
“They’ve done a good job.”
Raff Crolla, managing director of Hyperial Studio, said a strong website is crucial to helping a business grow.
He explained that, with a website already in place for Rigatoni’s by the Queen’s, the Molfinos were keen to “improve their online presence” with a separate website for the new venue.
“Having been supplied the logo from them, which was to remain the same as the first venue, we had to reference the original restaurant enough to maintain a link, but distinguish the two in order to attract a different clientele,” said Raff.
“The final website is an elegant and eye-catching hub for their new business, showcasing the high quality of not only their menu but also their surroundings.”

Hyperial Studio’s work with the Molfinos is not over yet; the company will move on to redesign the Rigatoni’s by the Queen’s website next.
“We’re proud of the fact that Maria and Stefano are happy with the results and are seeing their business expand because of it,” Raff added.
Although the style of the new restaurant differs from the original Rigatoni’s, Stefano assures that the same authentic Italian taste can be found in all of the dishes, which feature traditional Italian ingredients imported from Naples alongside locally-sourced produce. Stefano specialises in cooking traditional Italian pizzas and pastas from his family’s recipes but is also keen to utilise the Scottish resources available to him.
“We want to give our customers a real taste of Italy, while also reflecting the very best of Scotland’s larder,” he said.
“So, while we import all the Italian essentials, such as olive oil, wine, beer, Italian cider, cheese, ham, and tomatoes, we also use the best locally-sourced fish, meat and vegetables wherever possible.”
The Frittura Mista seafood dish is said to be a particular hit with diners already.
“We’ve only been open a short time but already it has become our signature dish and is proving extremely popular with the customers,” said Stefano.
“Everyone who has tasted it once has come back to have it a second or third time.”
Maria and Stefano hope the success of the new venue will continue and Rigatoni’s by the King’s will follow in the footsteps of its award-winning sister outlet. For now, they are focused on continuing to deliver an upmarket Italian dining experience to customers.
“We are really excited to be able to offer our customers a slightly different taste of Italy in our new restaurant and hope they enjoy it as much as they enjoy our food at Rigatoni’s by the Queen’s,” added Stefano.