The Lochside Hotel on Islay is to be relaunched at the end of February following a root and branch refurbishment.
The hotel, which is in Bowmore, is being overhauled by Neil Morrison, who acquired it in February 2015. 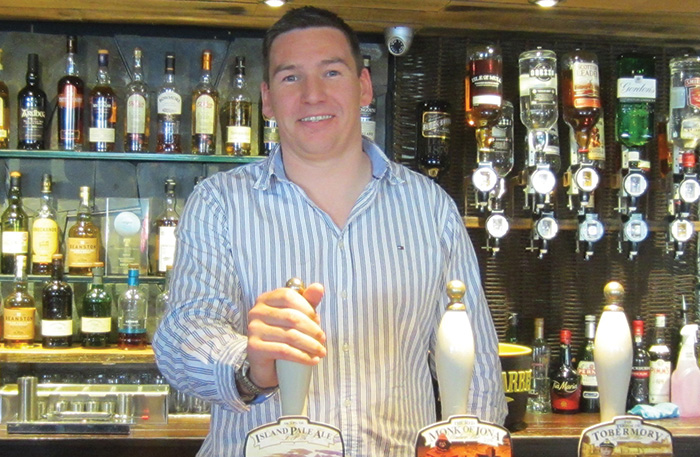 Morrison, who owns Macgochans on Mull, embarked on the £160,000 self-funded refurbishment at the Lochside earlier this month; he is working with Scottish designer Ranald MacColl, who was involved in the revamp of Macgochans in 2012, as well as a team of local tradesmen and a decorator from Mull.
The project will see another bedroom added and all 12 rooms given a contemporary makeover, while the bar and lounge areas will be refurbished to showcase the extensive whisky collection; the Lochside Hotel’s 70-cover restaurant overlooking Loch Indaal will also be revamped with new fixed seating and distressed wood tables.
Morrison said he hopes the refurbishment will boost business further at the hotel, which he said has been trading “really well” since he acquired it.
“It’s been great,” he told SLTN.
“Trade on Islay is very different to Mull; it’s more constant compared to Mull, which is very seasonal.
“I think the whisky trade on Islay means you don’t get the peaks and troughs you get on Mull. In November we were at 84% occupancy in the hotel.
“I’m going to add another bedroom and refurbish the whole thing at once; the bedrooms will be clean and contemporary and the bar areas will be new but made to look like they’ve always been like that.
“It will be sore on the pocket  but logistically it makes sense to do the whole thing at once.
“I think it will make a big difference.”