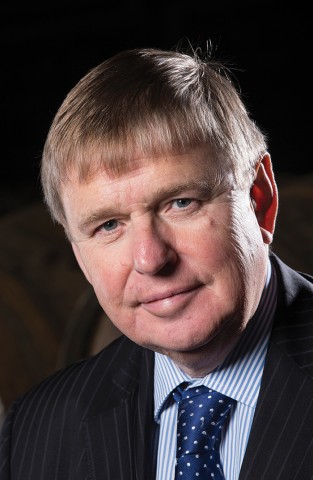 David Urquhart, one of the third generation of the Urquhart family which owns Gordon & MacPhail, will be remembered not just for his outstanding contribution to the whisky industry but for the mark he made on the community in which he lived and worked all his life.
David was one of four siblings who comprised the third generation in the family-owned business of Gordon & MacPhail.
He was born on October 5, 1952, the third child of George and Peggy Urquhart. George Urquhart, ‘Mr George’ as he was known in the business, had taken over the company from his father John and David was destined, in turn, to follow in his footsteps, along with his brothers Ian and Michael and his sister Rosemary. He was most recently a non-executive director of the firm, having retired in 2012.
When he first joined Gordon & MacPhail in 1972, David’s father tasked him with covering the north of Scotland, becoming UK sales director, before spending many decades and countless miles on the road in sales. He became joint managing director in 2007.
He married Sheila in 1978 and they set up home just outside Elgin at Kellas before eventually moving to Findhorn. Here they raised their twin boys, Richard and Stuart. David was delighted when both his sons followed in his footsteps at the family firm.
A high point in David’s career was, along with his father and siblings, fulfilling the family desire to own a distillery – an ambition realised in 1993 when the company bought Benromach Distillery in Forres.
In 2013 he became the sixteenth inductee into the Whisky Magazine Hall of Fame. He became a Master of the Quaich in 2008 and was immensely proud when his twin sons were made Keepers of the Quaich earlier this year. He was equally proud to welcome Isla, the first member of the fifth generation in his branch of the Urquhart family, in March 2014.
Notably, David contributed significantly to the Scottish Licensed Trade Benevolent Society (The Ben) where he was a director from 1999 through to 2005, including a period as president from 2004 to 2005.
He was also involved in the Food and Drink Committee of the Royal Highland Agricultural Society of Scotland.
The Urquhart family often joke that whisky is “in their blood” and David was no exception. His colleagues in the company speak warmly of a man who was a wonderful character and a born salesman who loved a job at which he excelled. A man with drive, energy and enthusiasm.