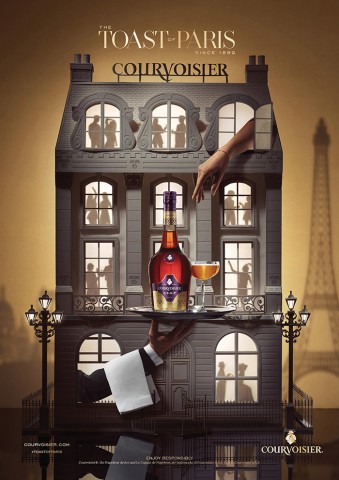 French cognac Courvoisier has been the toast of the silver screen as part of a campaign for the brand that’s set to run until Christmas.

Maxxium UK, the firm behind Courvoisier in the UK, has launched a campaign for the brand running across print, digital and social media platforms as well as in cinemas.
The cinema ad celebrates Courvoisier’s heritage, taking viewers on a journey through the decades as the Cognac is served at parties at the top of the Eiffel Tower from its construction to the present day.
Maxxium UK has also distributed 300 on-trade POS kits to support the campaign.
Chris Anderson of Maxxium UK said the campaign represents “one of the largest investments in advertising for Courvoisier in the UK”.
“Cognac is among the top-performing spirits categories during this time of year with sales outperforming other leading spirits,” said Anderson.