The need for a strong trade association is more important than ever as the Scottish on-trade comes under increasing pressure and faces the ongoing threat of further legislation. 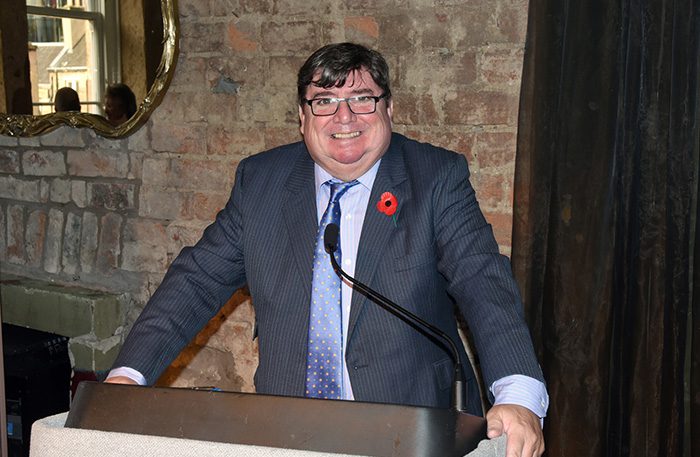 That was the message from Donald Campbell last week as he embarked on a second year as chair of the Scottish Licensed Trade Association (SLTA).
The sales director at Inverarity Morton, whose trade career spans more than three decades, said the shifting landscape of the Scottish trade, coupled with the ongoing threat of “government intervention” and further regulation, underlines the need for a strong trade body to “fight the trade’s corner”.
Campbell said the changes unveiled by the SLTA earlier this month, which include the incorporation of the 1000-strong Scottish Bartenders Network, the launch of a new corporate identity and the introduction of three new scholarships in association with HIT Scotland and The Ben exclusively for SLTA members, are part of a bid to make the association “more relevant and representative of the trade”.
“Times are tough in the trade just now,” said Campbell, whose employer Inverarity Morton funded a strategic review of the SLTA and hosted a lunch for multiple operators earlier this year, where some of the proposed changes were outlined.
“I think many people underestimated the impact of the lower drink drive limit, and there are other issues ahead like the living wage. I believe government intervention and the health lobby will continue to target the trade, so it’s so important we have strength in numbers.
“That’s why the SLTA has implemented these changes – so it’s more representative of the trade.
“Change is endemic throughout the trade; every business has to change and so does the SLTA. There were no chains of office [at the SLTA relaunch event in Glasgow’s 29 venue on November 11] and that was symbolic of the changes; it’s not that we don’t respect its history but we need to broaden the appeal.
“I believe that the changes to the SLTA are for the better. In my second year as chair the plan is to get all of these changes over the line.
“There’s never been a more important time to have a strong SLTA, whether you’re a multiple operator, a restaurant owner, a publican, a wholesaler or supplier – legislation impacts on everyone.
“Without the SLTA there to fight our corner for us, who else will?”