A Bavarian-style restaurant and beer hall has opened its doors in a former B-listed bank premises in Glasgow.
Called Bavaria Brauhaus, the new outlet is the latest venture from entrepreneur Raymond Codona, who was involved in the premises’ previous incarnation as Madness Theatre of Fun. 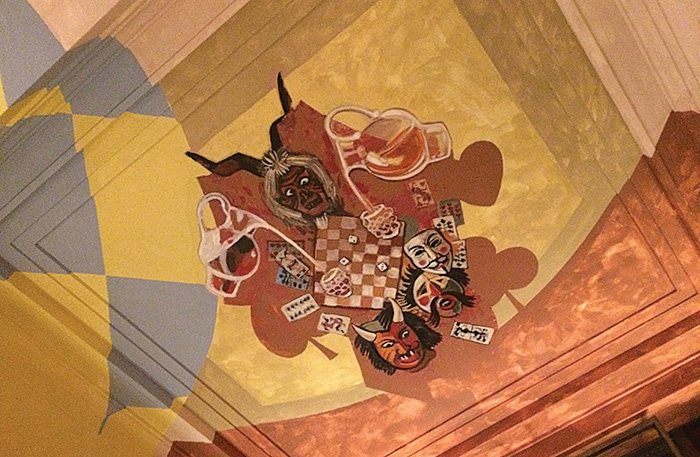 The Bothwell Street bar and restaurant officially opened on Wednesday November 11 following a £1 million five-month refurbishment.
The venue features an ornate ceiling created by artist Nichol Wheatley. The wood-panelled interior includes chunky wooden tables and seating, large chandeliers and a mezzanine level with private seating area.
The food and drink offer at Bavaria Brauhaus has a distinct German flavour.
There’s a range of premium German and Bavarian beers, including Spaten, Hofbräu, Hacker-Pschorr, Augustiner-Bräu, Paulaner and Löwenbräu, as well as 50 bottled beers from around the world; there’s also a Bavarian cocktail list.
Food, meanwhile, is described as hearty and rustic, and majors in traditional Bavarian cuisine incorporating flavours from neighbouring Austria.
“We’ve spent a lot of time researching the traditional institutions of Munich, particularly the famous Hofbräuhaus, which is the key influence for this project,” Codona told SLTN.
“This kind of concept has never been delivered on such a scale as this. We believe this will be the perfect complement to Glasgow’s vibrant and buzzing bar and restaurant culture.”