Brewdog, the Scottish-based brewer and bars group, could open between 15 and 20 more venues in Scotland by 2020.
Speaking to SLTN, the head of the company’s bars division, David McDowall, said Brewdog had set a target of 100 sites in the UK and overseas by the year 2020.

And the business has no intention of neglecting its homeland as it continues to grow.
“We’re serious about adding more on our home turf, that’s for sure,” he said.
“It makes a lot of sense.”
The company currently operates 27 sites in the UK (seven in Scotland) and 12 overseas, though McDowall said by the end of the year this should rise to 30 UK sites (including new venues in Stirling and Aberdeen) and between 13 and 14 international venues.
A further 25 sites are planned for 2016.
The expansion is ambitious, to say the least, but McDowall said he is confident the company has the infrastructure in place to achieve its plans.
McDowall is no stranger to rapid expansion.
Prior to joining Brewdog earlier this year he was operations director at G1 Group, where he oversaw significant growth in the company’s managed estate. When McDowall started with the firm, it operated 20 venues; by the time he left the managed estate had grown to around 60. 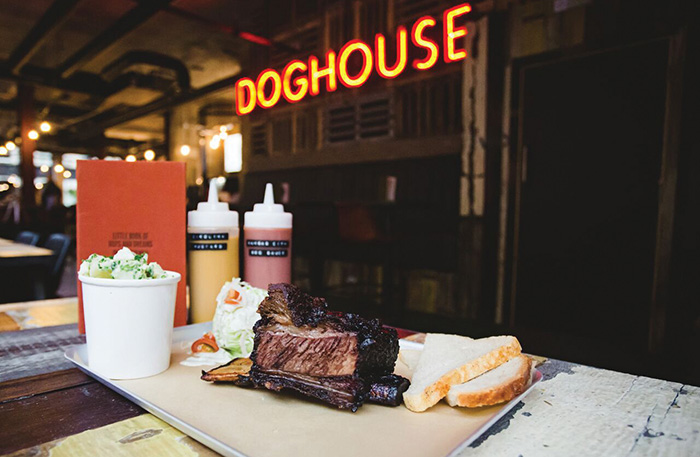 “Stefan (King, G1 Group boss) was a fantastic mentor and taught me a huge amount, but also was good enough to give me the space to run the business,” said McDowall.
“I have such a huge affinity for everything there and I wouldn’t be able to move on and offer some real, genuine, multi-site retail experience to this business if I hadn’t spent that time with the guys at G1.”
It was the ambitious growth plans at Brewdog – both in terms of the bars division and the company’s plans for its staff – that McDowall said attracted him to the company.
“Within a couple of weeks of talking to James (Watt, co-founder of Brewdog) we’d agreed we were going to switch all of our employees to the full living wage, which is just the tip of the iceberg for us in terms of our people strategy,” said McDowall.
“But the fact that there was an ambition and a willingness within the business to do that, and an understanding that it was fundamentally the right thing, was amazing.
“The reason it turned out to be fundamentally the right thing is that our like-for-likes are in double-digit growth, our staff turnover’s reduced by 20%, and in our most recent employee survey, when asked if they would recommend Brewdog as an employer, 93% of our staff said yes.”
Over and above the living wage, McDowall said employees are given pay raises as they complete industry training such as Cicerone courses, and are also offered cash incentives to identify potential sites for future Brewdog bars.
In addition to new sites the business is also rolling out new styles of unit.
The company’s recent Glasgow opening – the second in the city – is called Doghouse, and has more of a food focus than the standard Brewdog bar as well as incorporating one of the company’s Bottledog units – a dedicated craft beer shop.
The new site in Aberdeen, meanwhile, will be named The Fix, and operate as a hybrid coffee house and bar.
Other formats include Dog Eat Dog, a bar that combines craft beer with gourmet hotdogs; and Two-Bit, combining US beers with vintage arcade games.
And McDowall insisted that the company will keep its beers and its people central to its philosophy as its expansion continues.
“One of our values is that we’re uncompromising,” he said.
“We fully intend to achieve that 100-site target by 2020, but we’ll only open 100 sites that we’re massively proud of and that we love.”