HOSPITALITY industry trade group the British Hospitality Association (BHA) has spoken out against plans to introduce a ‘transient visitor levy’ in the Scottish capital. 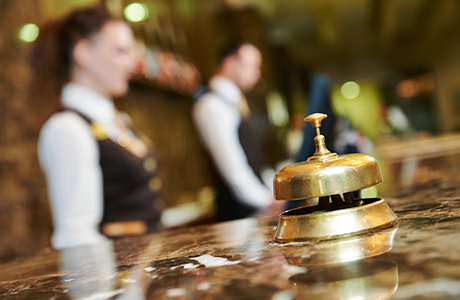 The issue of a tax on tourism businesses has been raised by the City of Edinburgh Council several times in recent years and councillors last month reiterated their commitment to introduce a levy on festivals and tourism in the city.
Speaking to SLTN, Willie Macleod, executive director for Scotland at the BHA, said any additional tax on tourists “would further affect our pricecompetitiveness and could be a disincentive to visitors coming to locations where a tourism tax is payable”.
“Going beyond that, we believe that we’re already at a competitive disadvantage with our European neighbours because we have a higher rate of VAT on hotel and tourism services than many of them have,” said Macleod.
“Britain is one of only three European countries that don’t have a reduced rate of VAT on hotel and tourism services.
“Quite often we see elected members saying that there are tourism taxes applicable in many European countries and it doesn’t seem to affect their competitiveness or affect their tourism.
“The fact is that, from research I’ve done myself, out of 16 countries that have some form of tourism tax, 14 of these have reduced rates of VAT on hotel services.

“Our view is that you cannot just keep taking money from the visitor.”
The City of Edinburgh Council’s economy leader, Frank Ross, said: “We have a very clear commitment to the city’s festivals and need to think innovatively about how we maintain this support.
“Talks about the workability of additional funding methods are ongoing.
“It’s important we share this challenge and explore a variety of options.”