The company behind Glen’s vodka and Loch Lomond single malt has the on-trade squarely in its sights as it looks to build its business in the months ahead. 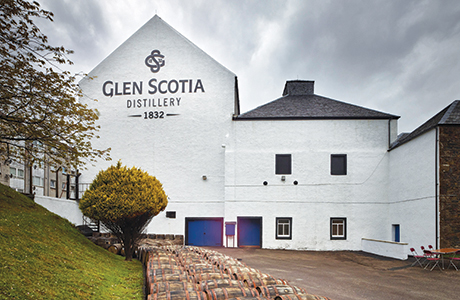 Loch Lomond Group, which was formed last year when private equity firm Exponent acquired the assets of The Loch Lomond Distillery Company, is looking to build on its already strong position in the off-trade and increase its presence in Scotland’s bars, pubs and clubs.
Speaking to SLTN, business development director Bruce Davidson said the company has spent the past year investing in its production facilities and focusing on its strategy for moving forward.
“We’ve effectively completely changed the strategy of the business,” he said.
“The previous owners had a big bulk [strategy]: a value-driven UK business and a little bit of international sales.
“Our strategy is kind of the reverse of that. 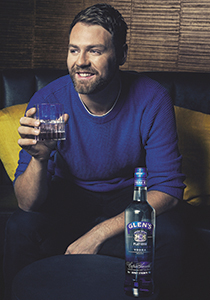 “We want to sell much less bulk and move that liquid into international branded sales, and also develop the UK – which is what we’ve been busy at.”
On the Glen’s side, the company has released a premium variant of the vodka, named Glen’s Platinum, and signed former Westlife singer Brian McFadden as brand ambassador.
“The whole ethos of the Glen’s brand has always been about great quality but also fantastic value,” said Davidson.
“So we want to continue that through into Platinum, where we’re effectively saying ‘this is a premium version of Glen’s but it is still fantastic value’.
“We’re not going anywhere near Ciroc or Grey Goose or any of those.”
Early on-trade activity for Glen’s Platinum has included sponsoring a Halloween party at Glasgow nightclub Bamboo, and further support will include appearances by McFadden at venues across the UK.
But even with the celebrity endorsement, Davidson acknowledged the job of establishing a strong presence in the on-trade will be a tough one.
He said: “We understand we’re starting from a low base. So we’ve got some hard [work] to do in terms of investment and development.
“It won’t be commercially a huge contributor to our profit in the initial phase, because we’ll have to work to get the brand in there.”
It’s not all about Glen’s, either.
The company has also redesigned the packaging for its High Commissioner blended whisky and invested “several million” in upping production capacity at its single malt distilleries in Campbeltown (Glen Scotia) and Loch Lomond.
“The great thing about the on-trade is it gives brands credibility,” said Davidson.
“You can do great in the off-trade, but if people don’t see it when they’re out there’s a gap in terms of the credibility of the brand.”