A move to give Scotland’s local authorities the power to cut business rates has been welcomed by pub trade groups.
From Saturday (October 31), councils will be able to lower rates bills for businesses in their area based on criteria such as the type of property and its location. 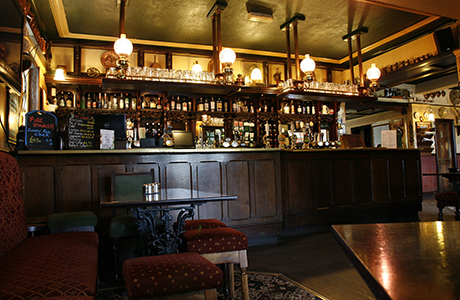 The new powers, which are part of the Community Empowerment (Scotland) Act 2015, were revealed by deputy first minister John Swinney at the SNP conference in Aberdeen earlier this month.
Paul Waterson, chief executive of the Scottish Licensed Trade Association (SLTA), welcomed the measure, saying it could help offset the “unfair” way in which pubs’ rates are calculated based on turnover, compared to other businesses which use rental values.
“Anything that can help reduce the rates burden on our members is welcome and anything that can look at the archaic structure can only be good,” said Waterson.
“There could be inconsistency between councils but you would think with the closure of licensed premises they would do what they can. This is a step in the right direction.”
Brigid Simmonds, of the Scottish Beer & Pub Association (SBPA), said the measure gives councils the chance to reduce the “rates burden”, which she said they “should do wherever possible”.
“We need to ensure that councils do not concentrate only on helping new businesses establish themselves in their local area and help businesses like pubs, which are so important to local communities,” said Simmonds.
“If we are to keep a property-based tax we need to ensure that businesses which can benefit from, for example, online sales, are paying a greater contribution to help businesses like pubs which cannot, by their very nature, be ‘virtual’.”
Colin Borland, the Federation of Small Businesses’ head of external affairs in Scotland, welcomed the new power for councils, but said it “doesn’t get rid of the need to modernise the business rates system”.
Kevin Keenan, finance spokesman for the Convention of Scottish Local Authorities (COSLA), described the new power as a “positive start to the journey on increasing local flexibility of funding and taxation powers for councils”.
Deputy first minister John Swinney said: “With these new flexibilities councils could, for example, use their local knowledge to attract new investment into town centres and help create vibrant communities where people want to live, socialise and do business.”