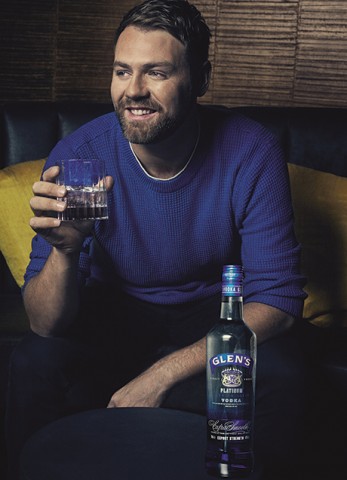 The firm behind Glen’s vodka has joined forces with TV presenter and former member of boyband Westlife, Brian McFadden, to promote the brand’s premium variant.
Glen’s Platinum, the premium variant of Glen’s launched by Loch Lomond Group earlier this year, will be promoted throughout McFadden’s upcoming tour.
Bruce Davidson, business development director at Loch Lomond Group, said it is “fantastic” to have McFadden on board as a partner.
“We’ve developed Glen’s Platinum as a brand that delivers on taste, smoothness and still offers great value to our customers and Brian is just the partner to help us get the message out there,” said Davidson.
McFadden said he is “really excited” by the partnership with Glen’s Platinum.
“I have spent a lot of time with the team at Glen’s Platinum and I believe that we have created an extra smooth vodka, produced from the finest quality grain,” said McFadden.
Glen’s Platinum is a 40% ABV grain vodka