Rum has become the go-to spirit for the customers of one of Scotland’s biggest bar groups.
Speaking to SLTN, Tom Jones, head of bar operations at G1 Group, said customers in the company’s cocktail bars have taken rum to their hearts in recent months – and G1 is responding accordingly. 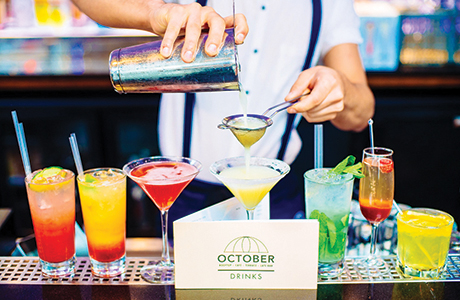 The business is upping the number of rum cocktails on its drinks lists, and has introduced a new rum-based signature serve for Glasgow bar October.
“We realised that rum was on the increase everywhere,” said Tom.
“The average customer, which in the case of our cocktail bars is a 21 year-old female – the French Martini Cosmo crowd, are now ordering Daiquiris.
“In one of our places, The Social, the number one selling drink is the Frozen Strawberry Daiquiri.
“We sell 1200 a week, which is a lot. And that’s just one of the rum cocktails on the list.”
Tom attributed the growth of rum, in part, to the popularity of Tiki cocktails and bars, which he said had made the spirit more accessible to younger customers.
But Tiki-style drinks aren’t the only use for rum. 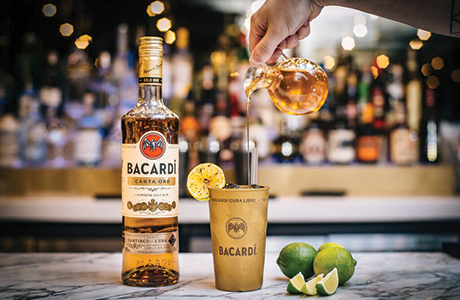 While the drinks list at October features a classic Cuba Libre, Tom has devised a new twist on the drink that he hopes will become a favourite with the bar’s customers.
The Caramel Cuba Libre contains Bacardi Carta Oro and lime, which are shaken together before being topped with cola and then melted caramel, before garnishing with a caramelised lime wheel.
“To me it’s about bringing the classics back,” said Tom.
“In any form of life – looking at fashion or anything – every idea’s already been done. It’s just how you can change it and make it more fresh.”
Given rum’s growing popularity in G1 venues, the firm certainly has a vested interest in creating new and interesting ways of serving the spirit.
“We get the majority of our money from cocktails, and if you take The Social, October and The Corinthian, we sell nearly six or seven thousand cocktails a week, and rum makes up 25% to 30% of that,” said Tom.
“So you can see how much money rum is bringing into our business.”