Culinary experts shone a light on Fife last month as The Cellar Restaurant in Anstruther ascended to Michelin Star status. 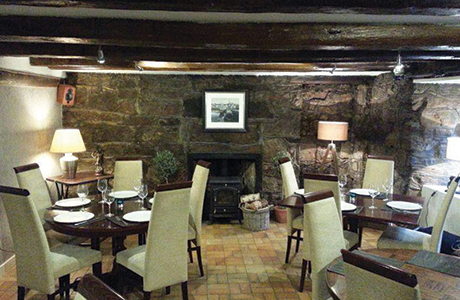 As one of only 15 new entries from the UK and Ireland to receive a star this year, the accolade was a major accomplishment for owner and head chef Billy Boyter, who took over the venue 18 months ago.
A year and a half may seem like a short sprint to a Michelin Star, but while The Cellar represents Boyter’s first foray into running his own restaurant, he’s racked up thousands of hours in some of Scotland’s top kitchens, including spells at Ballathie House Hotel in Perthshire and the Michelin starred Restaurant Martin Wishart.
Billy, who started in kitchens aged 17, made the move to acquire The Cellar following a lengthy stint at Restaurant Number One in Edinburgh’s Balmoral Hotel.
“I’d been at the Balmoral for eight years and was head chef for the last three,” he said. “I felt I was at the right age; that I could take that step.”
After making the decision to start his own business, and with some investment from his family, Billy set about making The Cellar his own, and started by halving the venue’s capacity.
“The Cellar previously was a 40-cover restaurant but we didn’t want to do that and there wasn’t really clientele there for it,” said Billy. “So we cut it back to 20 covers. It meant we had to be quite clever with the menu.”
Billy built a strong team, quickly drafting in two former colleagues from Number One to work in his new venture. Patricia Kirk was recruited to manage the front of house while Lewis Vimpany, who had been working under chef Andrew Fairlie, joined Billy in the kitchen.
Billy said the appointments were key to getting the business going.
“I wanted people who I would have chemistry with right away,” he said.
With the right team in place the accolades haven’t been in short supply – while the Michelin Guide was the most recent award, The Cellar secured a place in the Good Food Guide in its first year. Billy said he’s been “really happy with the progress” so far, but added that “it’s still an ongoing process”.
And while the Michelin Star has been welcomed at The Cellar, Billy said it would be “silly” to change the restaurant’s approach, and so The Cellar will continue to do what it does best: focus on serving quality Scottish food from local suppliers.