THE publication of the 2016 Michelin Guide for Great Britain and Ireland has served mixed fortunes for Scotland’s fine dining scene, with three restaurants losing their Michelin Stars and one gaining its inaugural award.
This year’s guide, published last month, removed one star status from Castle Terrace in Edinburgh, Knockinaam Lodge in Portpatrick and The Three Chimneys & The House Over-By on the Isle of Skye. 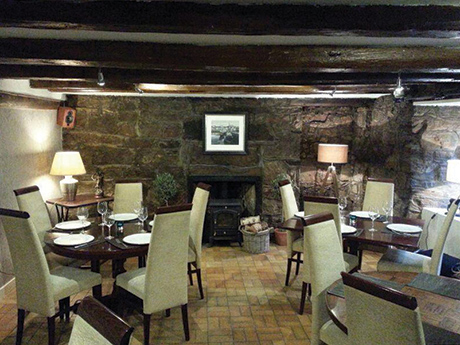 There was, however, cause for celebration in Fife as The Cellar in Anstruther was awarded its first ever Michelin Star.
The Cellar was the only Scottish addition to the Michelin Guide and one of only 15 new one-star venues across Great Britain and Ireland for 2016.
Chef proprietor Billy Boyter said the team at The Cellar was “shocked” when they learned it had been awarded a Michelin Star.
“We’ve only been open 18 months,” he told SLTN.
“We knew we were making good food consistently, but it was still a shock.”
Boyter said that while the recognition is welcome, it won’t change his approach at The Cellar.
“We’re not going to do anything different, I think it’d be silly to do that,” he said.
“We’re always looking to improve and I think we’ve done that. There’s always been progression and that will continue.”
The publication of the 2016 guide has seen Scotland’s total number of stars drop to 15 from 17 in 2015.
Chef Andrew Fairlie has retained his position as the top Scottish performer through his two star restaurant at Gleneagles, with 13 Scottish restaurants holding one star status in the 2016 guide.
Nine Scottish restaurants retained their Bib Gourmand status – the guide’s award recognising venues that offer “good food at affordable prices”.