As the category grows, the trade must give pub-goers plenty to choose from

Consumer choice has been at the heart of the cider category’s growth in recent years, according to Heineken’s Scottish sales boss. 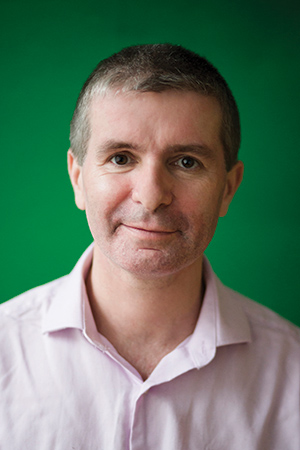 And this is also a major factor in the company’s on-trade plans moving forward.
Speaking to SLTN, John Gemmell, trading director at Heineken, whose ciders include Strongbow and Bulmers, said the cider market in Scotland had grown 25% in volume terms over the past five years, having attracted new customers from a variety of different drinks categories that include RTDs, beer and even wine.
Even this year’s wet summer didn’t slow the category, he claimed.
“Interestingly, cider is still in growth in Scotland this year, despite the summer,” said Gemmell.
“I don’t think anyone can deny that in the hot weather cider sales go up, but I don’t think the lack of summer has damaged the category.”
Innovation, he said, has been at the forefront of the cider category in the past few years, with a growing number of brands and flavours offering increased choice for pub customers.
And he expects drinks businesses to continue to innovate with their product ranges as they reach out to more customers.
“I think while there will still be some flavour extensions, everyone is also searching for other ways to innovate within cider,” said Gemmell.
“It’s not just about bringing out endless new flavours; it’s about where else can you push the boundaries of cider.”
For Heineken, this has included introducing new draught products for the on-trade in the form of Strongbow Dark Fruit and Strongbow Cloudy Apple as well as launching packaged ciders Old Mout and Blind Pig and growing its Bulmers range. 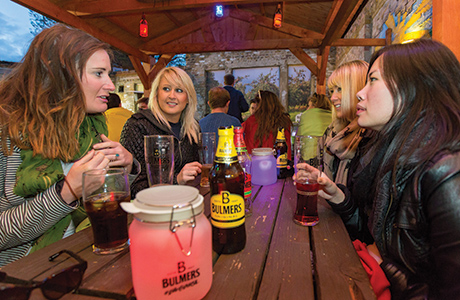 Gemmell said the Strongbow Dark Fruit font, in particular, has proved popular in Scottish pubs.
“Cider was reawakened by cider over ice, then came flavours, and now it’s that kind of move into both draught and finding other ways to extend the category,” said Gemmell. “I don’t think the growth has stopped yet.”
As the number of brands and products on the market continues to grow, licensees could be forgiven for being unsure of how to pick the best range for their outlets.
Gemmell said that, despite the recent influx of fruit ciders, draught apple remains the top seller in the category and should always be a staple in pubs.
“The key [licensee] advice is not to forget the core,” he said.
“So absolutely there must be a core draught cider apple offer.”
Beyond that, Gemmell advised licensees to focus on “breadth rather than depth” of range, taking care to avoid stocking products that are too similar in style or flavour.
And although Strongbow remains the biggest cider brand by value in the Scottish on-trade, Gemmell insisted Heineken isn’t putting all its apples in one basket.
He said: “The key point for us is that we’re a cider portfolio player.
“It’s not that we’re placing a lot of our bets on one brand – we’ve got the ability through our scale to offer a range of brands for a range of bars on a range of occasions.”