THE owners of the reigning SLTN Whisky Bar of the Year are headed to Japan next month on a mission to promote Scotch whisky. 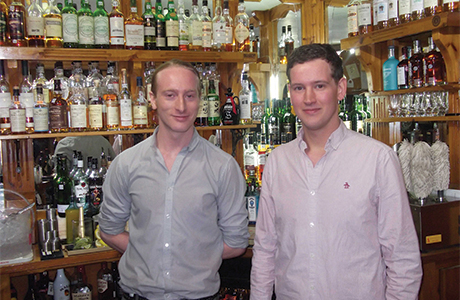 Philip Thompson, who runs the whisky bar at Dornoch Castle Hotel with brother Simon, will host a pop-up bar in Osaka’s Hankyu Department Store with parents Colin and Ros, who own the hotel.
The pop-up bar will appear at the department store’s annual British Fair, which has taken place every year since 1970.
Philip is travelling first to the company’s Fukuoka store, where he will host a pop-up bar for four days before heading to the flagship Osaka store.
He said he expects the bar to help generate interest in whisky, as well as additional visits from Japanese tourists to Dornoch Castle Hotel and the surrounding area.
The Thompson brothers plan to open their own distillery next year.