First launched in 2013 with an exclusively single malt portfolio, the Old Particular range comprises a series of hand-selected aged whiskies from distilleries across Scotland. 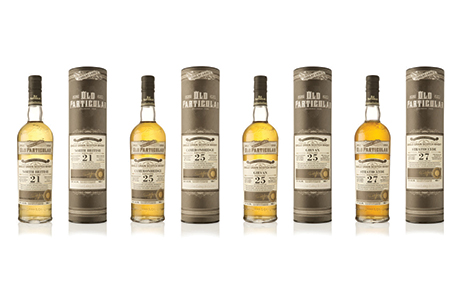 Each whisky is bottled from only one cask without colouring or chill filtration, and bottled at high strength with ABVs ranging from 50.9% to 61.3%.

Douglas Laing founder Fred Laing said that in the last five or six years, the firm has “softly promoted, and gently educated the malt community with the ‘surprise’ quality of old grain Scotch whiskies, and we have been rewarded with sustained growth”.

“So within our Old Particular single cask flagship brand, we will now release selected antique stocks of different grain Scotch whiskies in a lively new livery which both differentiates it from the malts and also retains the character and specialised gravitas of the brand.”