An Irish distillery has joined forces with The Pogues to release a whiskey inspired by the folk punk band.

Launched by West Cork Distillers, The Pogues whiskey is a blend of grain and 50% single malt Irish whiskey – the distiller claims this makes it Ireland’s highest malt-containing blended Irish whiskey. 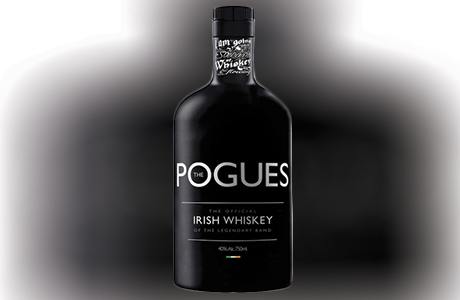 Tasting notes for the whiskey describe it as having an aroma of nuts, almond and a slight sweetness, a palate that is malty and floral with a mild chocolate taste and lingering citrus.

The Pogues whiskey has a target audience of younger consumers aged 25 to 35 and is being distributed by Halewood International.

West Cork Distillers’ John O’Connell said teaming up with The Pogues was “a perfect partnership” for the distillery.

“They share many of the same values as our company such as an independent spirit, a slightly unorthodox approach and a commitment to quality, as well as success on the international stage,” said O’Connell.