Scottish Licensed Trade Association chief executive Paul Waterson said the figure, part of a new NHS Health Scotland report which also revealed that 72% of the alcohol sold in Scotland in 2014 was sold in the off-trade, “proves the need for minimum pricing”. 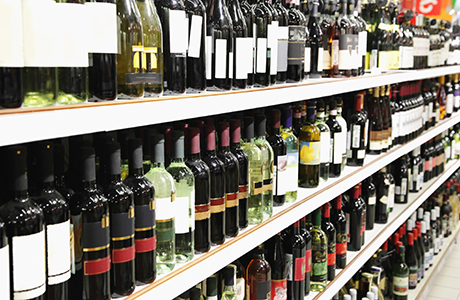 NHS Health Scotland’s ‘Monitoring and Evaluating Scotland’s Alcohol Strategy: Annual Update of Alcohol Sales and Price Band Analyses’ report, which was published last week ahead of the European Court of Justice opinion on the Scottish Government’s minimum pricing legislation – expected on Thursday September 3, the average price per unit of alcohol sold in Scottish supermarkets and off-licences was 52p compared to £1.66 in the on-trade.

“This reinforces the massive price disparity between the on and off-trades,” he said.

“Governments must take an element of responsibility here because they have consistently brought in legislation which forces people, consciously or subconsciously, away from the controlled environment of the on-trade.

“Every measure the government has brought in to try and make people drink less has affected us in the on-trade and made the supermarkets stronger.

“These figures are very disappointing to see. It proves the need for minimum pricing.”

Public health minister Maureen Watt said: “The fact that more than half of alcohol in the off-trade is being sold at under 50p per unit is worrying, given the established link between affordability and alcohol-related harm.

“It reinforces our belief that minimum unit pricing is an essential part of an effective alcohol strategy.”

NHS Health Scotland said the figures show the decline in alcohol sales in Scotland is stalling – a trend it said is “mainly due to more alcohol being sold through supermarkets and off-licences in 2014 compared with recent years”.

“It is concerning that the recent falls in population alcohol consumption have not continued and that off-trade sales may be starting to rise again,” said NHS Health Scotland’s Dr Mark Robinson.

The advocate general of the European Court of Justice (ECJ) is due to give his opinion on the Scottish Government’s minimum pricing legislation on Thursday September 3.

The ECJ will issue a full judgement later this year.

Staff will be exempt from vaccine certification