The scrapping of a five-year ‘ban’ on personal licence holders (PLHs) who missed their refresher training deadline applying for a new licence has been welcomed by the trade. 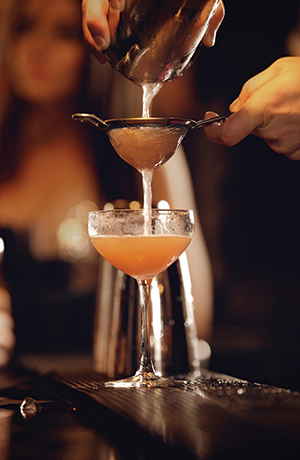 The measure was removed from Scottish law earlier this month when the Air Weapons and Licensing (Scotland) Act received royal assent; other measures contained in the Act, which include the reintroduction of the ‘fit and proper’ person test, will come into force in “due course”.

Trade groups and licensing lawyers have welcomed the immediate removal of the “excessive” five-year PLH ‘ban’.

It comes eight months after thousands of licences were revoked because PLHs failed to notify their licensing board of completed refresher training by the inaugural deadline.

The Scottish Government said the removal of the measure means anyone who had their personal licence revoked after failing to notify their board of refresher training in time can now apply for a new personal licence, providing they meet the relevant requirements.

“We have listened to the concerns raised that a five-year ban was excessive and responded by removing that ban,” said Paul Wheelhouse, minister for community safety and legal affairs.

“Those personal licence holders who fail to comply with the requirement to undertake the training will face the costs of reapplying for a licence, but we believe we have struck an appropriate balance by removing the five-year ban term.”

SLTA chief Paul Waterson said enabling those affected to apply for a new personal licence without having to wait five years is a “far better situation”.

“I am glad this has happened, a five year ban was far too excessive,” he said.

“It’s a pity it was brought in in the first place and I think this shows how long it takes to change anything relating to parliamentary work. But I’m glad it has been removed.”

Stephen McGowan, head of licensing for Scotland at TLT solicitors, said: “This is great news for those affected, but a word of caution – SCPLH qualifications are only valid for new personal licence applications if gained after August 2013 when the course was updated.”

“I am delighted that this has occurred and the Scottish Government has taken the decision to alleviate some of the pressure on PLHs,” she said.