The lack of mobile and internet connectivity in parts of Scotland is said to be hurting hospitality businesses.

Operators in the Highlands told SLTN the lack of connectivity has become a real issue for their businesses, with the Scottish Tourism Alliance claiming the problem can hit companies “on many levels”. 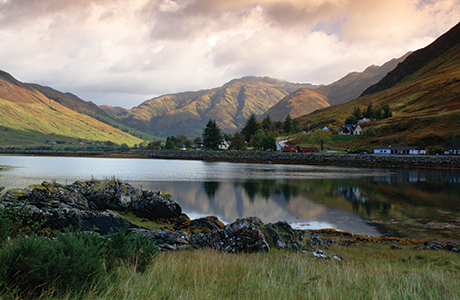 The claims come after a report from Ofcom stated that several Scottish towns have no access to digital services or are “still 2G towns” for mobile phone coverage.

Dan Rose-Bristow, owner of The Torridon Hotel and Inn, Wester Ross, said: “It’s a big issue for us because you can’t run a world-class tourist destination without a mobile signal and 2MB of broadband.

“People now consider an internet connection more important than hot water. It’s a frustration for us because most people, especially international visitors, expect to have mobile and internet access.”

Philip Thompson, managing director of Dornoch Castle Hotel in Sutherland, said: “The likes of mobile phone use can be very difficult.

“We run a hotel and everybody wants wi-fi.

“We don’t have any mobile phone coverage here. The nearest place we can get 3G is Alness, which is 20 miles away.

“Everybody’s got mobile phones and tablets.

“From a 3G or 4G perspective, it definitely puts pressure on us because everyone expects it.”

Ofcom’s Communications Market Report claimed 79.7% of Scottish premises had 4G mobile coverage in June this year. However, it said Scotland still has the lowest 3G coverage in the UK.

Marc Crothall, chief executive of the Scottish Tourism Alliance, said digital connectivity is now “one of the most important challenges the Scottish tourism industry faces”.

“Poor wi-fi, broadband and mobile access is consistently cited by visitors as an area where Scotland needs to improve,” said Crothall.

“We know from listening to the industry that many businesses struggle to get even basic digital services. Poor connectivity hits the tourism industry on many levels.

“Not only do visitors now expect free wi-fi at accommodation and a good mobile signal, but businesses need to trade online too.”

Andy Willox, Scottish policy convenor at the Federation of Small Businesses, said: “Patching Scotland’s coverage gap needs to be a priority for the country’s decision makers.”

The UK and Scottish governments last week announced a rollout of broadband infrastructure through the Digital Scotland Superfast Broadband project. It will affect 400,000 homes and businesses in Scotland and is expected to reach 95% of the country by 2017.