Isle of Arran Distillers has announced expansion plans which will allow it to double production next year.

Two new pot stills have been ordered, which are expected to see the distillery produce more than one million litres of alcohol once fully commissioned. 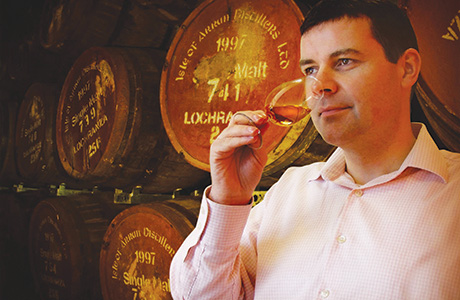 The firm, based in Lochranza, claims the increase in capacity reflects the demand for its whiskies.

Euan Mitchell, managing director, said: “We have invested to support the progress we expect to make.

“Two new pot stills are on order and will be installed in late 2016.

“This will allow production to double beyond one million litres of pure alcohol once fully commissioned.

“We have never been the kind of distillery to produce more than we expect to sell, so this boost in capacity and capability is purely a reflection of the anticipated demand for Arran malts.”

The expansion plans were unveiled as the distiller, which celebrates its 21st anniversary next year, reported record results in its latest annual accounts.

The distiller said the figures represent its “best performance” since the business started in 1995.

Turnover is said to have more than doubled since 2010, with the distiller putting much of the success down to brand sales, which are ahead by 25%.

Mitchell said: “In a challenging period for Scotch whisky our continued growth is testament to a focus on quality and a clear strategy well executed.

“Interest in smaller, independent brands such as ours is surging and we are not even scratching the surface in global terms.”