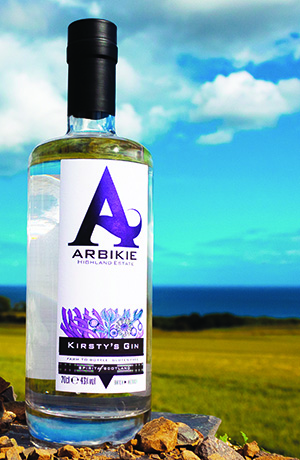 THE ‘farm to bottle’ distillery behind a Scottish potato vodka has branched into gin.

The gin has a traditional juniper base, with three Scottish botanicals – Kelp, Carline Thistle and Blaeberrys, which grow in the Angus area.

Black said she aimed to create “something truly unique with a particular focus on Scottish botanicals”.

“Not many distillers get the chance to have a drink named after them so I hope all the gin enthusiasts out there enjoy drinking it as much as I enjoyed making it,” she said.