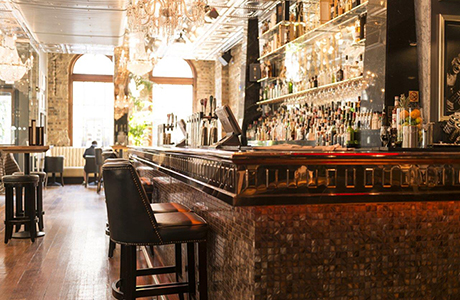 It is the second time Lowe has sold properties to Glendola, after the company acquired his Frankenstein pubs in Glasgow and Edinburgh in 2011.  In addition to Frankenstein in Edinburgh, Glendola operates Glasgow venues Horton’s (formerly Frankenstein), Waxy O’ Connor’s, Gordon Street Coffee and Alston’s Bar & Beef. Lowe said: “We are delighted that Le Monde and Angels Share along with the Saltire Taverns team will develop further with Glendola, who are committed to growing their Scottish business aggressively over the next few years.”

Lowe has a track record of establishing and selling licensed trade businesses.  He founded Thistle Inns in the 1980s, growing the business to eventually include Edinburgh venues Sneeky Pete’s, Biddy Mulligans, The Malt Shovel and The Jekyll and Hyde.  He sold Thistle Inns to Scottish Brewers in 1997.  Subsequent ventures included The Rutland Hotel and Espionage nightclubs as well as the Frankenstein Pub Co, all of which were also sold on.

In addition to its Scottish units Glendola operates a range of bars and pubs across London and the south.  Managing director Alex Salussolia said: “We intend to work with Billy going forward and use our expertise in the hotel and leisure sector to build on his success.  “We are thrilled to be entering the hotel market in the city and are looking forward to growing the business even further with a four-star, 98-room Design Hotel on Market Street, due to open towards the end of 2017 by Carlton Hotel Collection (sister company of Glendola Leisure).”