CIDER brand Old Mout is the focus of a new summer ad campaign designed to highlight the brand’s “quirky character”.

Heineken UK, which launched the New Zealand brand in the UK last year, said the new ads are “inspired  by the Kiwi sense of humour” and feature the strapline ‘the Kiwi taste for adventure’. 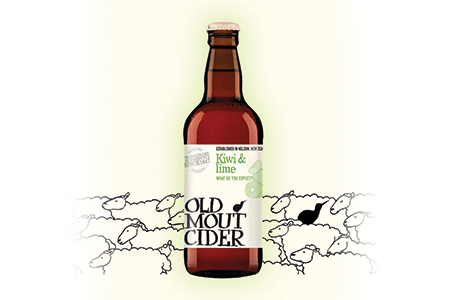 Running across video-on-demand and social media channels, the adverts will promote the new Pomegranate & Strawberry variant as well as the established Kiwi & Lime and Passionfruit & Apple flavoured ciders.

“With consumer interest in brands that offer quality and provenance showing no sign of abating, there is a clear opportunity for Old Mout in the UK,” she said. “Heineken has ambitious plans across the cider portfolio and we’re hopeful this campaign will build on a very successful launch in 2014 and encourage Old Mout consumers to embrace their inner Kiwi!”