AN investigation into alleged “unlawful practices” on review websites has been welcomed by trade groups.

The Competition and Markets Authority (CMA) confirmed it is investigating a “number of concerns” about the potential for online reviews and endorsements to “mislead consumers and distort their decisions”. 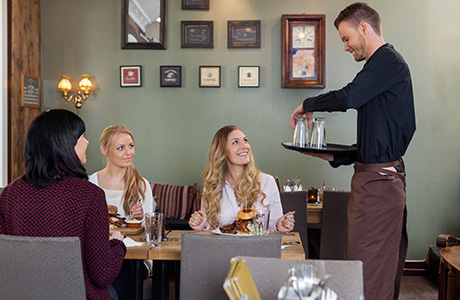 It comes after research by the CMA into online reviews across six sectors, including travel and hotels, highlighted instances of “potentially misleading practices”, such as fake reviews being posted, negative reviews not being published, and businesses paying for endorsements without it being made clear to consumers.

The CMA said review sites should be clear about how reviews are collected and checked; disclose any commercial relationships with businesses that appear on their site; clearly identify all advertising and paid promotions; and have in place appropriate procedures to detect and remove fake reviews as well as “act promptly in response to reports of suspected fake reviews”. It has opened an investigation into a number of companies in connection with the potential non-disclosure of paid endorsements and is assessing other concerns to “determine whether further enforcement action is warranted”.

The move has been welcomed by trade groups, who said such action is “long overdue”.

SLTA chief Paul Waterson  said it is “imperative”that a verification system is introduced across all sites.

“The whole problem is that there’s no verification behind it so there have been cases of malicious reviews, whether that’s for a person’s own reasons or against a competitor, people writing good reviews for their own business, and people saying ‘if you don’t give me money off the bill I’ll write a bad review’,” he said.

“People can write what they want with anonymity, even if they’ve never set foot in a place, and that’s not right.”

Ryan James, chair of the Glasgow Restaurant Association, agreed that a system of verification is needed.

“The GRA would welcome a proof of purchase as mandatory before being allowed to post online reviews,” he said.

“This would hopefully help to eradicate spurious reviews, both by those who want to rant negatively for personal reasons and the practice of engaging external companies to write reviews for companies to jump up the rankings. Anything that leads to more transparency and less room for fraudulent practices can only be welcomed.”

Jackie Grech, legal and policy director at the British Hospitality Association, said: “We will continue to work closely with the online review platforms and government to promote practices that encourage reliable reviews and transparency in business rankings, ratings and search result order.”