It’s 8.45am on a Friday morning and there’s already a real buzz about Elliots in Prestwick.

Inside the Buzzworks Holdings-owned venue, tables are filling up with customers in for breakfast or coffee. Outside, freshly-made breads, pastries, cakes and desserts are being taken from the company’s adjacent Bakehouse and loaded into the refrigerated branded van to be delivered to Buzzworks’ outlets across Ayrshire. 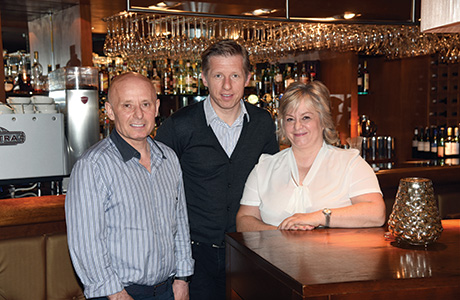 The Bakehouse is just one example of the innovation which underpins Buzzworks – SLTN’s Independent Multiple Operator of the Year for 2014, in association with Smirnoff.

It’s a strategy which has kept the Blair family at the top of its game in a trade career which spans four decades and has taken the family from traditional pubs to contemporary cafe bars and restaurants.

The group – which also includes Scotts outlets in Troon and Largs, Lido venues in Prestwick and Troon, The Treehouse in Ayr and The Longhouse in Kilmarnock – has 340 employees and turned over more than £12 million in its most recent financial year; sales are split 70/30 food to drink with around two thirds of the wet sales derived from food.

“We’ve gone from publicans who sold food to restaurateurs who sell drink,” said Colin Blair, who runs Buzzworks with sister Alison and brother Kenny – and who, last month, marked 40 years in the trade.

“But I think it is a case of innovate or die.

“We recognised years ago that we needed to change our model. We’re doing a lot of breakfast and morning coffee trade; we’ve got money in the tills before some places have even opened.

“If we were still doing what we were doing ten years ago we’d be empty.

“I think businesses need to be more sophisticated now. Good, clean premises, a good product and good staff used to be enough; not anymore. 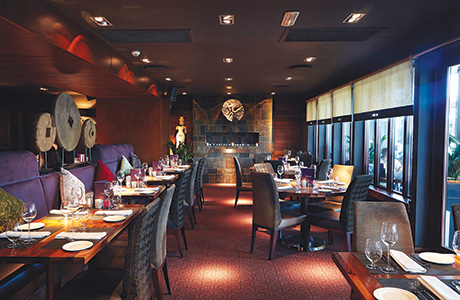 “You’ve got to be aware of changes in behaviour and what customers want and make sure you give that to them; you’ve got to adapt and innovate to survive.”

The Bakehouse, in the grounds of Elliots at Prestwick, is one such example.

Opened last February, it produces breads, pastries, cakes and desserts for Buzzworks’ outlets – a move Alison said brings greater control and consistency. It was, she said, a “leap into the unknown” but it is paying dividends for the company, and there could be a move towards more central production in future.

Buzzworks has also set up a buying group, called Sourced, with Edinburgh operators Saltire Taverns and Montpeliers – groups, Colin said, with “similar values” to their own; it aims to secure members going forward.

Alongside these new supply developments, the Ayrshire group has continued to strengthen its investment in staff.

Buzzworks’ commitment to training is stronger than ever,
it offers flexible working patterns, many chefs work a four-day week, and it promotes a healthy work/life balance among staff. The company also endeavours to engage employees in the business and has created a leadership team comprising senior management staff who work closely with the directors.

Overall, it’s an approach that the Blairs believe creates “motivated and loyal” staff.

“We’ve got a lot of people doing a four-day week and that does help staff retention,” said Colin.

Alison said having a loyal, strong team has been key to Buzzworks’ growth.

“We worked with an external consultant on changing the structure and we involve our staff as much as possible,” she said.

“It’s not all our way anymore. This is a business run by family members, not a family business; it’s an important difference.

“We can’t grow unless we’ve got the right people in place.”

And there is further expansion on the horizon.

Buzzworks is set to relaunch The Millhouse in Stewarton, which it bought earlier this year, in November; and it will open The Cornerhouse in Kilwinning’s former Stag & Hound pub early next year.

There could also be a move outwith the half-hour radius it currently operates within in its Ayrshire heartland.

The group is currently in negotiations over what Colin described as an “iconic site” for its third Scotts outlet, an hour’s drive from its Prestwick base.

Alongside its expansion strategy, Buzzworks continues to invest in its existing estate. It relaunched the former Dome outlet in Prestwick as Lido earlier this year, and invested £400,000 revamping Elliots – alongside the rebuild of Lido in Troon, which was gutted by fire in February 2012 – 18 months ago.

The Blairs are, however, quick to stress that “it isn’t easy”.

“We don’t know it all; we’re keen to develop and learn more.

“We’ve had every challenge under the sun.

“But we still really enjoy what we do and we’re excited about the future.

As for the secret behind the sister and brothers’ working relationship?

“I think the three of us have complementary skills,” said Colin.

“And we know all the functions of the business. I showed one of our guys how to gut the cellar here [Elliots] the other day, and Kenny and I worked in Scotts at Largs a few weeks ago, waiting tables.

“Trade is tough but good.

“I think we’re working harder than ever but we’re still hungry for it.”