Diageo is anticipating a strong summer for its new Pimm’s Cider Cup product.

The drink, which was launched in the spring, combines Pimm’s with British cider and a hint of strawberry and cucumber.

Diageo is aiming to build on what it claims has been a “hugely successful launch” with a £1.25 million marketing campaign which includes social media activity as well as poster advertising in and around London. 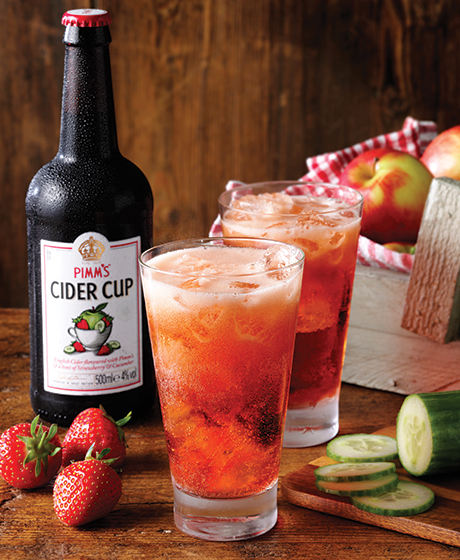 The product, along with other Pimm’s variants, will have a presence at more than 300 events throughout the summer, including Glastonbury, where it featured in the festival’s VIP area.

Joanna Segesser, brand manager for Pimm’s, said: “Ever since James Pimm created the first Pimm’s Cup, the brand has always worked to bring a distinctive twist to the nation’s favourite drinks.

“It’s been amazing to see consumers respond so positively to Pimm’s Cider Cup in these first nine weeks and we are investing in the brand this summer to make sure it’s front of mind. We think it’s an instant classic.”

Diageo has stated that it will extend the Pimm’s Cider Cup range with new flavours later in the year. The firm claims the flavoured cider category is the “fastest growing segment within cider”.

The drinks giant said the product has been successful in both the on and off-trades.

Guy Dodwell, off-trade sales director for Diageo GB, said: “We were confident that we were onto a winner when we launched the product, and the early performance and feedback from both our customers and consumers has reconfirmed this.”