The firm’s latest Scottish Hotel Survey revealed double digit drops in both room occupancy and revenue for the city’s hotels for the month of April, compared with last year. 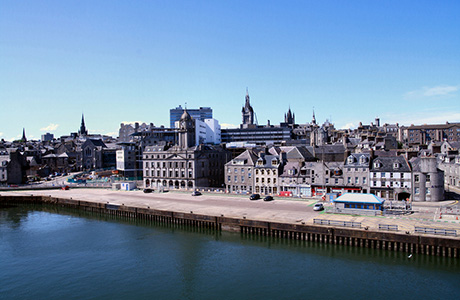 Average occupancy in Aberdeen was down 11.5% to 68.9% while rooms yield fell 12.1% to £62.99; the declines compared to double digit increases in revenue in Edinburgh, Glasgow and Inverness and positive rises in occupancy.

BDO attributed the fall in occupancy and revenues in Aberdeen to “continued uncertainty in the oil and gas sector”, which it said is having a “serious impact on the hotel sector”; oil prices have fallen from a high of $115 per barrel in June of last year to as low as $45 per barrel in January.

“Double digit drops in both occupancy and revenue at a time when the rest of the sector in Scotland experienced a double digit increase in revenue indicates that the fall is specific to the oil industry,” said BDO’s Alastair Rae.

Hospitality trade groups and operators contacted by SLTN agreed that falling oil prices have impacted on trade in Aberdeen.

Iain Watson, chairman of the Aberdeen City and Shire Hotels’ Association, acknowledged that the oil market has had an impact on the city’s hotels, but added that operators are “aware that the city’s economy shifts with the cyclical nature of the oil and gas industry”.

“There have been several previous downturns in Aberdeen linked to oil prices and this will undoubtedly not be the last,” he said. “But the city always proves to be resilient to these slumps and recovers.”

“Undoubtedly they will suffer for a while but I think the hotel industry is resilient,” he said.

“For exhibitions and conferences Aberdeen has the facilities and I think that [the city] can compete in that market.”

Stuart Clarkson, founder of PB Devco, whose outlets include Soul, the College Bar and  The Howff, said the firm has “definitely seen a downturn in corporate bookings which is probably in line with the oil price”. This, he said, has added to the downturn resulting from the lower drink drive limit.

Martin Farmer, GM of Aberdeen cocktail bar Orchid, agreed that the fall in oil price had impacted on trade.

“I think our corporate [business] has cooled off a bit,” said Farmer. “They’re not booking as many big nights.”

Jonny Arthur, bar and operations manager at Amicus Apple, said the venue has seen a decline in mid-week trade.

“There’s been a definite decline in the after work drinks on Wednesday and Thursday,” said Arthur.

“Hopefully when the [oil] price is on the up we’ll start to see our usual crowd again.”