THE firm behind Jim Beam in the UK has expanded the bourbon brand’s range with the launch of Jim Beam Apple. 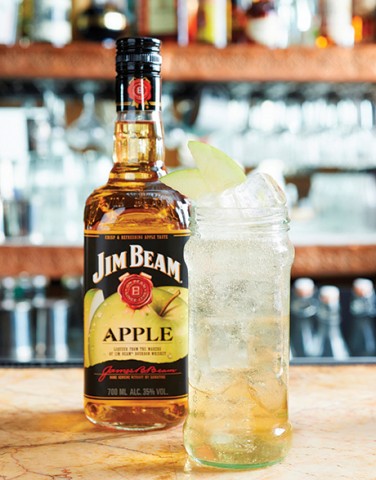 The new flavoured whiskey, which is  currently being rolled out to the on and off-trades, is said to bring together Kentucky bourbon whiskey with crisp, green apples to provide a “light, juicy twist”.

Support for the launch of Jim Beam Apple includes television advertising throughout June and July, digital and social media marketing, and sampling activity.

Maxxium UK, the distributor for Jim Beam in the UK, will also be providing support for the apple variant in the on-trade through a range of point of sale materials and branded glassware.

Janice McIntosh, Maxxium UK’s marketing controller for imported whiskey, said Jim Beam Apple is “a fresh twist on our delicious bourbon that has been made with pride by the Beam family for 220 years”.

“As a brand that has ‘Make History’ at its heart, Jim Beam is once again first to market with a flavour that will recruit new consumers to the category and build the growth of bourbon in the UK,” said McIntosh.